I don’t think anyone asked for two (or three?) Inhumans books, but with Marvel set on grooming the line to replace the X-Men (lost for the time-being to Fox), we’re going to get the Inhumans whether we like it or not. Resistance is futile! All-New Inhumans lays down more of the X-Men-Meets-Game-of-Thrones storytelling DNA that is supposed to characterize this bold new franchise initiative, and the results are muddled, though superior to the thrown-together-feeling Uncanny Inhumans. Here we follow the attempt to deal with the sudden explosion of Inhuman population by the fractured Inhuman royal family. A Terrigen mist cloud is wandering the earth, spawning new superhumans in its wake, and leaving a trail of chaos as those heroes come into their powers (and run up against the kind of mutants-go-home fear and intolerance that’s been a staple of X-Men books for decades). James Asmus and Charles Soule’s script runs to the wordy side, and there is a confusing line-up of new characters and situations to absorb, but the central story of a familiar character in Crystal finding herself thrust forward as Inhumans ambassador to the whole planet holds things together (mostly). Stefano Caselli’s art is sketchier than I like, but he draws expressions well enough, and the storytelling is pretty solid — no mean feat for a script with this many moving parts. Reading the book at times felt like work, but if the Inhumans are moving in and you’re a regular Marvel guy, it’s work you should probably do.

Hard going. They’re trying real hard to get across needed exposition without being expository, and it is going to take several issues to play out. But this does have the sense of the New Normal for Marvel, and I doubt it is going to get any easier to jump on later (though reading these books in collected form might be the best approach).

Borderline … but yes. Eventually. When I can binge through a pile.

Read more about the Inhumans at Longbox Graveyard 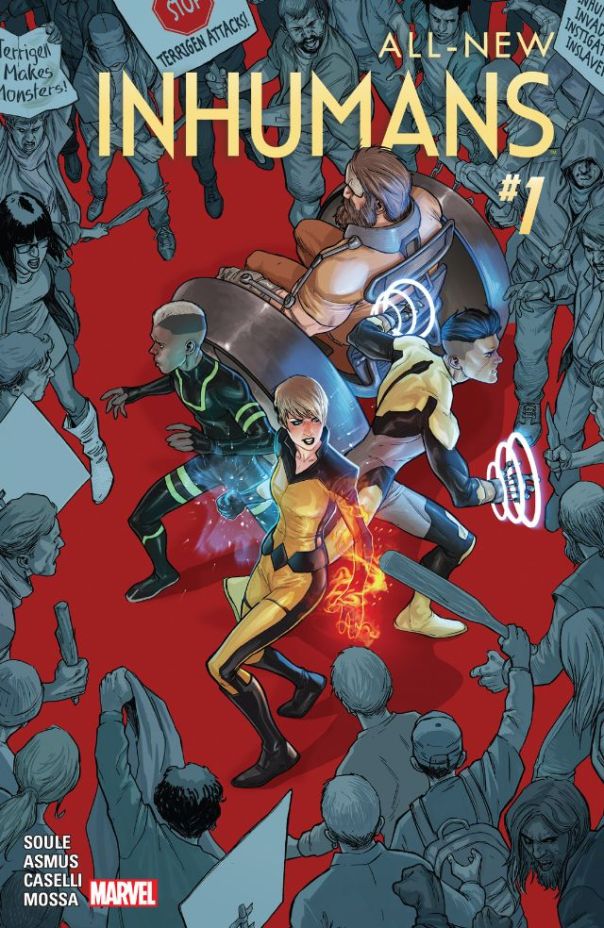