And here’s how the Longbox Graveyard Podcast ends — not with a bang, but with Iron Man 3!

This image proved oddly appropriate for my whole podcasting experience … 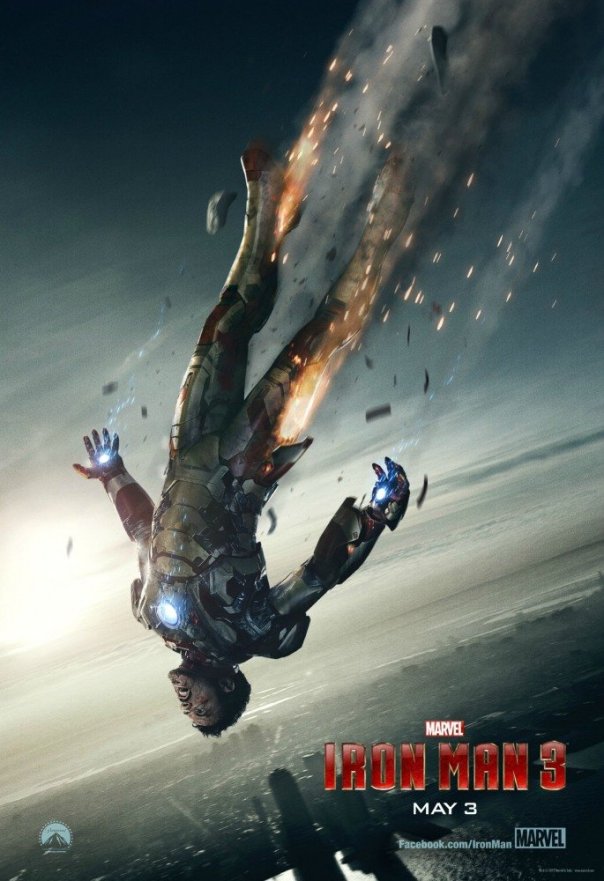 I had a GREAT time being a podcaster, and this final episode — when comics pal and Iron Man aficionado Chris Ulm and I dissected Iron Man 3 — was just one more good time among many.

I greatly appreciated my listeners during My Podcast Year, and of course I was especially indebted to Mo Kristiansen at We Talk Podcasts for producing my show. But after a year of monthly podcasting, I had to admit that it wasn’t my passion — at least, not to the same extent as blogging here at Longbox Graveyard.

But it was fun while it lasted!

Join me one last time for … the Longbox Graveyard Podcast!

(And thanks to all of my listeners — past, present, and future).

My twelfth show in twelve months marks the end of the Longbox Graveyard Podcast, and we send the show out with a bang as Chris Ulm and I discuss Iron Man 3!

This is an opinion (and spoiler!) -filled podcast … don’t say we didn’t warn you!

And yes, this is the end of the line for the Longbox Graveyard Podcast, which has been a BLAST to produce … but regretfully I must step away from the mic to concentrate on other projects, and twelve podcasts seems like a good time to declare “mission accomplished!”

Thanks to Mo Kristiansen at the We Talk Podcasts network for hosting the Longbox Graveyard Podcast these past twelve months! It was great working with you, Mo!

For all twelve of my podcasts (and a few guest appearances, too) be sure to check out my podcast page.

There must be something in the water — or maybe Halloween and the U.S. election are driving people nuts. Either way, I’ve encountered three different freakouts in the last couple days. They’re nothing that rises to the level of a regular blog, but I’d like to share them anyway, in this first (and probably last) Longbox Graveyard Freakout Friday! 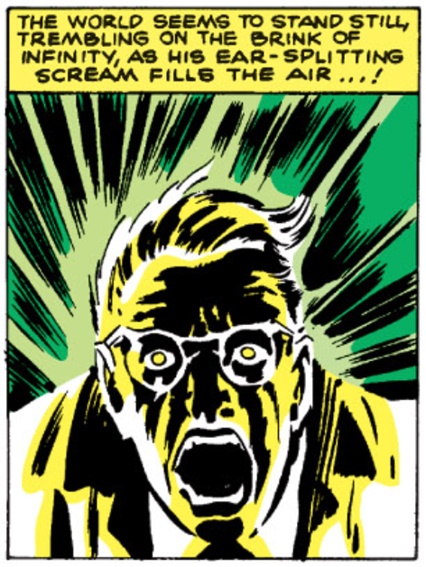 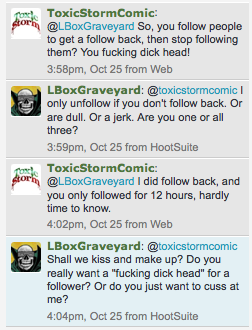 Yes, friends, it is true — I am guilty of the unpardonable sin of Twitter unfollowing. Call a cop. I went back and read ToxicStormComic’s stream and he was indeed a dullard, which is why I unfollowed him. That he also proved to be a knucklehead was an unanticipated bonus.

Toxie’s insult doesn’t upset me at all — it’s kind of funny, which is why I RT’d it to my stream yesterday. It’s also a milestone of a sort because it’s the first time in the eighteen months I’ve been online as Longbox Graveyard that I’ve gotten flamed, which means I am doing something right (or maybe very, very wrong). 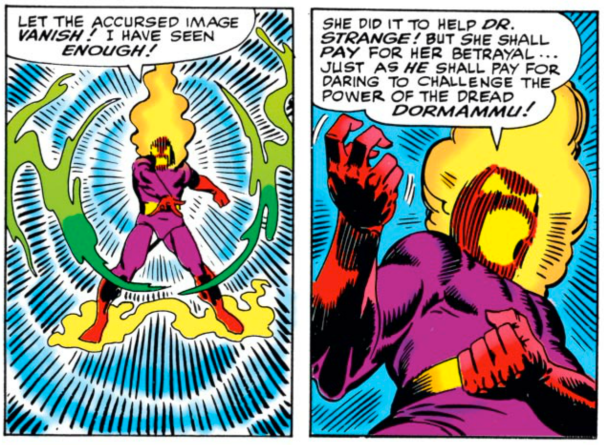 I’ve been flamed! Oh no!

I am quick to hire and quick to fire on Twitter. I’ll follow most anyone, but I’ll also bounce you if you’re boring, or needy, or posting about stuff that might be very important but isn’t interesting to me. It’s not personal. I get followed and unfollowed all the time and that’s the way it goes. My rules are pretty much as I outlined to Mr. Toxic above — if you’re boring, or a knucklehead, or not following back, you get plonked.

It’s the “not following back” part that requires more explanation, because in this I am (gasp! horror!) hypocritical. There are plenty of people who follow me that I don’t follow back, but there isn’t a single person I follow who is itself not a follower. No exceptions.

The reason for this is twofold. First, the primary reason I’m on Twitter in the first place is to drive traffic to Longbox Graveyard. If you aren’t listening to my feed, I can’t do that. Second, I’m also here to actively engage with people … and anyone who has tweeted at me knows that I always make an effort to tweet back. Again, if you aren’t following me, you aren’t engaging with me. I completely understand that there are pros and celebrities who can’t possibly follow back everyone who follows them and that’s fine. I just don’t follow those people. I need you to follow me and (hopefully) engage with me or I’m not interested in your Twitter stream. So if you want me to follow you, do one of those two things.

(And Toxic, baby, if you are reading this, I am taking my “kiss and make up” offer off the table. I reviewed your stream and you’re still boring).

I expect you’ve seen the trailer for Iron Man 3 by now:

It didn’t do a lot for me, but these first trailers for effects pictures are usually cobbled together from whatever footage is ready to show, and it is a rare first trailer that really blows my doors off. Half the time I don’t look at trailers at all. Iron Man 3? Sold. I will be there first weekend. Why spoil it with a trailer?

A favorite sport is tormenting the Ulm, my day job partner-in-crime, and a comics guy from way back (you may remember him from our Deathlok review, or our Top Ten Manliest Superheroes list, or maybe you were there when I moderated Ulm’s Malibu Comics panel at San Diego Comic-Con).

Ulm even loved Iron Man when he had a NOSE!

The Ulm loves Iron Man. He loved Iron Man even back in the bad old George Tuska days, and he loves Iron Man even more in his eponymous movie and The Avengers, too (we don’t often speak of Iron Man 2). After reading mainstream press reaction to this “dark and grim” Iron Man I thought it was a chance to give Ulm the needle, as I know he loves the lighter tone of the big Marvel pictures, and is worn out by the sometimes dour tone of Christopher Nolan’s Dark Knight films.

I sent Ulm a link to the trailer and Vulture’s article about it, and I was not disappointed in the Ulm’s epic and sarcastic return rant:

Whew. Just saw the new Iron Man trailer. I’m really glad they got rid of that “snarky humor action adventure” trope. No AC/DC, no quips, no fast cars, no stripping stewardesses. Finally, the pointless debris of “entertainment” has been discarded in favor of the grim truth that lies beneath the surface of every comic book character.

Now we see the Iron Man we have all been waiting for —  a serious man nursing his regrets. Now is the time to rip the veil from Tony’s destructive alcoholism and make him pay for his errant and violent ways.

Think how interesting it will be to have a bed-ridden Tony Stark. Personally, I’d like to see maybe 2/3 of the running time with Tony in a coma because of the Mandarin. While he slumbers, ill of heart and mind, let us penetrate Tony’s conscience; his dark dreams and secret torments. Let us see strippers morph into Tony’s mother while he shrieks into the uncaring void. Let us see the living embodiment of Tony’s father through the metaphoric transformation of a bottle of Jack Daniels. Is the disembodied voice coming from the whisky really Howard Stark — or is it the Mandarin — or could it be … Tony himself?

In the course of Iron Man 3, I am eagerly anticipating that Mr. Stark will let down those closest to him, but ultimately learn respect for others (especially women) and, more importantly, for himself. He will learn that his rich and famous lifestyle has actually been a waste of his human potential to love – and be loved.

As the audience, we will travel this dark road with him. We too shall feel our sanity slipping away beneath the many hued rings and accusatory dialogue of the Mandarin. We shall emerge not just entertained, not just captivated, but also that much wiser about ourselves.

Now is the time to transform a so-called “enjoyable” popcorn matinee into a darkly tinged tone poem that transforms the withered trope of “superheroism” into a penetrating view of the subconscious “Iron Man” within us all.

Freakout The Third — By Crom!

About the only thing I thought less likely than a John Carter sequel was another Conan movie, but today comes news that a new Conan picture may be coming in 2014, with Arnold Schwarzenegger returning to the role that made him a star. 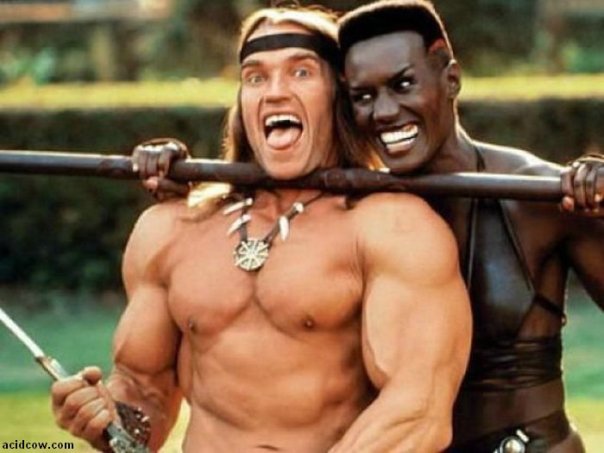 Now, I’m not crazy about Arnold as my favorite barbarian, which I made clear in one of my first columns here at Longbox Graveyard … but if Arnold is what it takes to get Conan back on the big screen, then I’m ready to make peace with him. Besides, in a twisted sort of way, “Old Arnold” may be better than “Young Arnold” for this role.

First, there is some indication that Arnold is ready to start acting his age (while still being superhuman), as evinced by this trailer for The Last Stand.

It won’t make anyone forget Terminator, but it doesn’t look terrible. The Last Stand might even be fun.

Further, there is precedent for “Old Conan.” The very first Robert E. Howard Conan story — The Phoenix on the Sword — is about an older Conan, now king of Aquilonia, coming to realize that it is an uneasy head that wears the crown. There was even a fifty-five issue run of King Conan from Marvel Comics back in the 1980s, looking at Conan’s adventures at the end of his life (and now I find myself interested in completing that run). 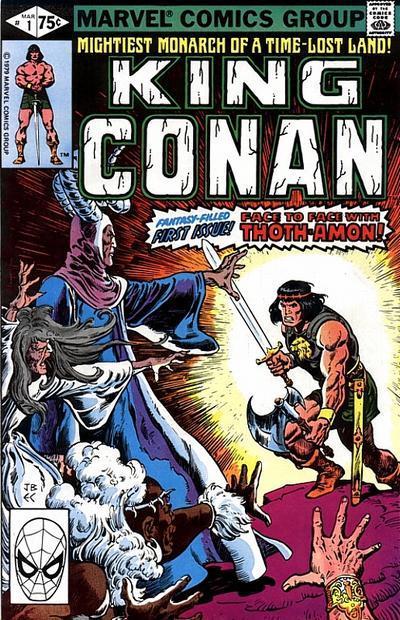 Arnold has also been slapped around a bit lately, losing his marriage after a sordid sex scandal (in a career that seen quite a few of them), and also proving to have been a failure as Governor of California. Maybe he’s ready to play a world-weary barbarian king. In any case, I’m going to be optimistic about this one, and enjoy my little freakout that Conan may be back, despite the recent big screen failure of the franchise.

Who knows? If the producers listen to the foolproof advice I offered for making a good Conan picture we may finally get the barbarian movie we deserve!

Be good to each other.

(And feel free to admonish me for my TwitterCrimes in comments, below)

Posted in Other Media