Credit Where It Is Due

Longbox Graveyard might be going through an Odinsleep, but packages continue to arrive here at my secret worldwide headquarters.

Unlike the last missive from Mars, this one was entirely expected:

But this order was mostly Omnibus reprints.

Leading off — the first two volumes of the reprinted Master of Kung Fu!

It is more than a little bizarre that I got these, as Master of Kung Fu is one of the few comics runs where I own almost every issue … but these Omnibus editions are easier to reference and read, and given these books have been out of print for so many decades, I felt I would be missing the party if I failed to buy them. And, hey, this way I get those Giant-Size MoKF issues that aren’t part of my collection.

Plus, this is an inexpensive way for me to finally read the very first appearances of Shang-Chi in the pages of Marvel Special Edition … I didn’t start collecting this series until issue #20, when the book had retitled itself Master of Kung Fu.

The series originated with Steve Englehart and Jim Starlin, and was actually pretty good from the jump. This edition comes with forwards by Englehart and MoKF’s signature creator, Doug Moench, which shed a little light on the series’ origin, and also fill in some blanks for me. For instance, the reason that Paul Gulacy is on again/off again in the first dozen issue of this book was down to accelerated deadlines imposed by the printing schedule of Marvel UK. Ya learn something every day.

Anyway, they’re handsome volumes, and I’m glad to have them, even if it means I’m on the hook for the forthcoming Volumes 3 & 4 if I want to have the whole run. (Insert weary sigh of the collector, here). I’ve already read a good chunk of the first volume — maybe it will inspire me to restart my long-dormant Master of Kung Fu review series.

Next, two volumes of Frank Miller’s Daredevil … another favorite series where I already own most of the issues, but purchased here as collections because I am a damn fool. 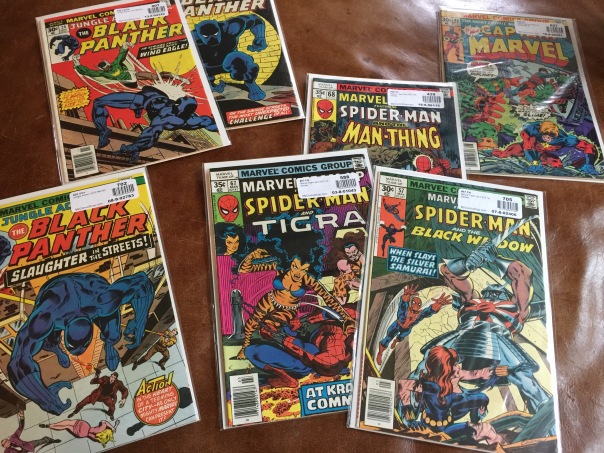 This nearly fills-in my run of Black Panther in Jungle Action, and completes my collection of Chris Claremont’s run on Marvel Two-In-One, which I will get around to reviewing here sooner or later. And that stray Captain Marvel just about fills in my run of that book, as well.

Finally, to give credit where it is due … I need to thank YOU, my Longbox Graveyard readers, for each and every book pictured here. You see, this haul was paid for entirely with trade credit earned by readers clicking through to MyComicsShop.com from the pages of Longbox Graveyard! And at better than four hundred bucks in trade credit, that is a LOT of clicks. Thanks so much!!

Now, I’ve got some reading to do. And some writing, too … Longbox Graveyard will return shortly with an actual issue review, sooner than you expect. Watch this space!

Posted in IT COMES IN THE MAIL

What an era of geek plenty we live in, my brothers and sisters, where there are not one but TWO seasons of Daredevil for us to stream at will!

I thoroughly enjoyed the first season, and now, before you knew it, the second season is here!

Of course, Daredevil has long been a favorite here at Longbox Graveyard. To get you in the mood for Hornhead’s latest TV outing, check out these features!

Just before the first season dropped on Netflix, I looked at Daredevil’s origins with a review of Daredevil #1 …

Of course, Daredevil featured in my Top Ten lists of great Marvel characters, and “manliest” superheroes …

I was conflicted at the time, but I’ve seen come around on Brian Michael Bendis’ Daredevil run …

Not sure what to make of this provocative comics creator quote that Daredevil was Marvel’s only “true” crime fighter? 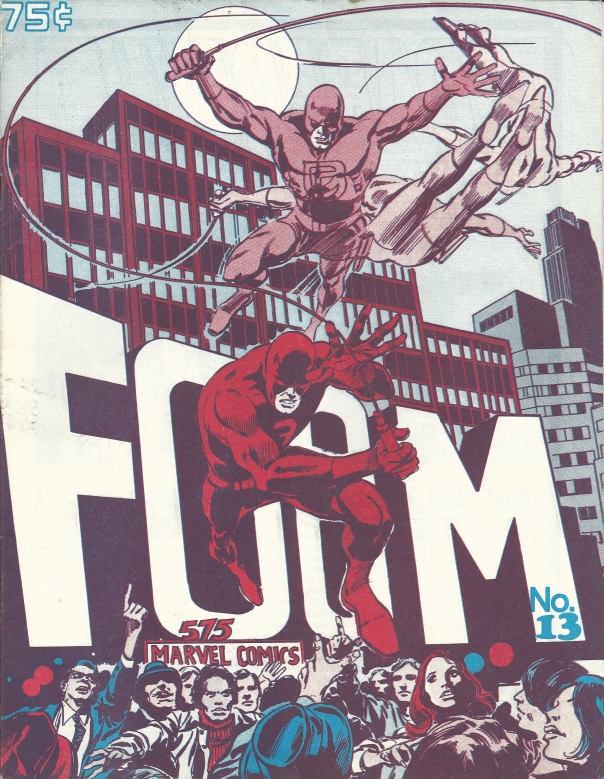 Chasing Amazing’s Mark Ginocchio provided insight on two of the key characters in Daredevil’s life — reporter Ben Urich, and the Kingpin, an enemy so arch that he’s in the Top Ten villains list for two different superheroes … 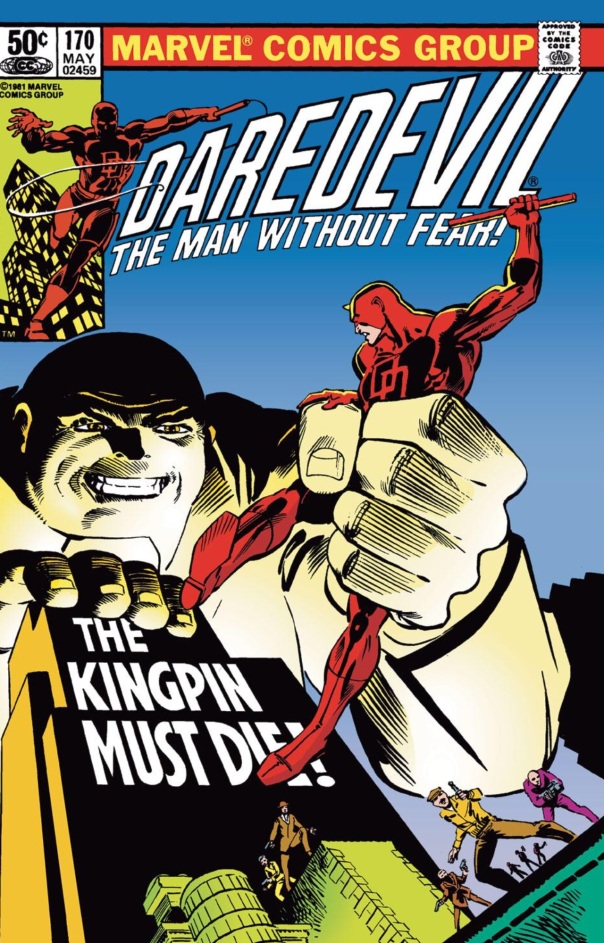 … and you can find plenty of awesome art in my Daredevil and Elektra Pinterest Galleries!

Happy binging … both on Netflix, and here at Longbox Graveyard!

A good start on another new direction for Matt Murdock, a character who has had his share through the years. Daredevil is back to his gritty roots, battling street-level mobsters and even taking on a partner … not the Black Widow, sadly, but instead a rookie hero with a stealth suit named Blind Spot, which (yes) is a little on-the-nose, but it works. (Seeing his master-and-apprentice relationship with Matt, I was reminded that while Frank Miller wrote Daredevil as a kind of shadow Batman, he never gave Matt a Robin … and now, here you go). I like that Matt is now a prosecutor, because it sets up all sorts of conflicts. How will a crusader like Matt accepting letting a bad guy cop to a lesser charge and walk free on time served to preserve the D.A.’s conviction rate? (As Daredevil, he’s going to be sorely tempted to kneecap guys in the alley as they leave the courthouse). Gets off to a rousing start with one of the best splash pages of Marvel’s reboot, which leads to a literal splash as Daredevil dives off a bridge to rescue a mob informant — a nice bit of business that reminds us that Daredevil truly is a man without fear. Writer Charles Soule seems more at home here than in his Inhumans books, with a nice feel for Daredevil’s powers and (more importantly) limitations. Artist Ron Garney renders the world with rough edges, but it fits. Might be the rare book that works better as a serial read rather than a collection — Matt Milla’s desaturated palette is moody in small chunks, but would wear me out in back-to-back reads. The bad guy is a new one on me, and I bet he could play Rachmaninov like no one’s business.

Pretty good. Picks you up and carries along.