Happy birthday to me — Longbox Graveyard is three years old! 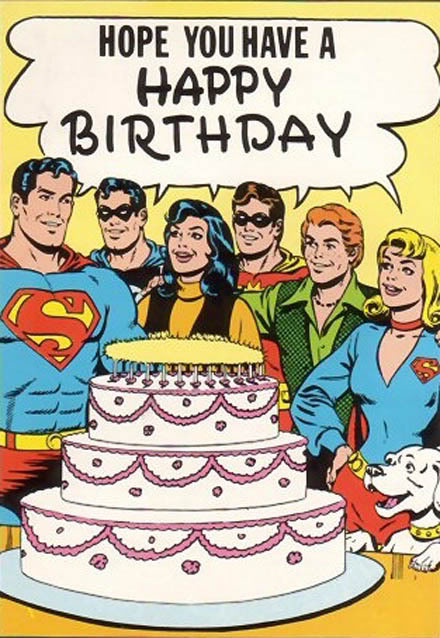 Twice a year I indulge myself with a blog about blogging, where I look at the numbers for Longbox Graveyard, assess where I’ve been, and decide if I want to keep this thing going. If you’re looking for Superhero Spoonerisms or Thanos on the couch, then you will want to skip this entry.

To get the business out of the way first — Longbox Graveyard has been “renewed.” I’ll keep blogging for at least the rest of 2014. I will, however, be reducing my posting frequency. I will aim for one “numbered” article every thirty days, on the first Wednesday of the month, with various shorter posts on other Wednesdays. As the whim strikes me I may run multiple numbered articles in a thirty-day period, but my plan for the balance of the year is one big article per month (some of which may be reprints, like last week’s fill-in article). 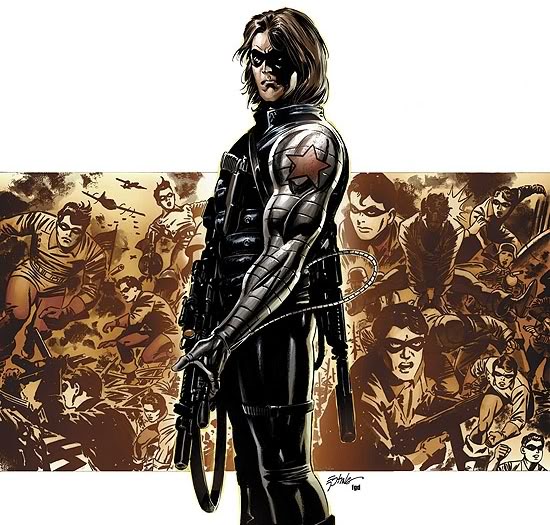 the Winter Soldier delivered, both at the box office and for Longbox Graveyard!

Longbox Graveyard itself has never been healthier. Traffic was up a whopping 43% these past six months, fueled by the run-up to the release of Captain America: Winter Soldier, which drove crazy hits for my Top Ten Captain America Villains article. My article on superhero deck-building games has proven a strong performer, along with the usual assortment of Top Tens, which remain the most popular posts on the site. I am also pleased that the first half of 2014 saw varied voices on the blog, with guest articles about Shazam and The Punisher from Dean Compton; Peter Parker’s love life by Dan Gvozden (Part One, Part Two); and Daredevil/Kingpin by Mark Ginocchio. Also in the community spirit, I wrote about the All-Star Squadron and Thanos as part of Super-Blog Team-Up, a kind of blogging open house event that is always fun and (I suspect) helps bring new readers to Longbox Graveyard.

The image above shows hits by month for the lifetime of Longbox Graveyard, dramatically highlighting that Captain America-driven surge over the last three months. After the madness of April it was a little disappointing to come back down to earth in May … but that “disappointing” May still ranks as the third-best month in the blog’s history! I do think the good times are coming to an end, though, and I expect growth to slow substantially over the next six months, if only because I will be posting less … unless this summer sees my Guardians of the Galaxy articles catch some of the same Google mojo that my Cap article enjoyed!

So my metrics are healthy — traffic is strong, readers still favor me with comments here and on my Twitter stream, and the blog is even throwing off about twenty bucks a month in advertising revenue, which is pretty much the minimum threshold for keeping those obnoxious FIVE CELEBRITY BOOB JOBS YOU HAVE TO SEE TO BELIEVE ads running on my sidebar.

Elsewhere it was business as usual. My kids still don’t read comics, and I made incremental progress toward organizing the Accumulation (though I am just about done on that front). I achieved some small Pinterest fame and opened up an account at Lockerdome. I wrote an article for WhatCulture (but didn’t find it an especially rewarding experience).

Also, my house almost burned down.

That’s video I shot about a block from my house, during the devastating San Marcos wildfire last month. Later that day, I’d watch helicopters filling up their water baskets on live news reports on my TV, hear the rotors over my house, and then watch the water drops from my window. At various times during the event, flames were visible from my living room, and my family and I would be evacuated for several days. Thanks to genuinely superheroic measures by firefighters and first responders, our place was fine, but I did see a neighbor’s home across the canyon catch fire and burn to the ground.

It was a curiously remote feeling, watching those flames approach my house. I can even recommend it, in a strange way — it brought sharply into focus the things I could and could not live without, and forced me to genuinely confront many of the ideas I have examined in the abstract here at Longbox Graveyard about being possessed by your possessions. If the wind had shifted that afternoon there is a very real possibility that I could have lost my home, and everything in it … including the Longbox Graveyard comic book collection.

I was OK with it. In a dark way, I even fantasized that it might not be such a bad thing (and I know this is a false and horrible thing to say, given that so many people suffered genuine loss in this fire). Standing there with a garden hose while the fire whipped through our canyon helped me understand that I could legitimately let my things go (though I was willing to fight for them, to a point). In the scheme of things, as much as I enjoy my comics collection and my game collection and all the other stuff packed into my house, I don’t really need any of it, and I shouldn’t let it pin me down.

The fire also helped solidify a choice my wife and I had made a couple days prior — we’re moving.

The reasons are tedious and outside the scope of this blog, but the impact will hit Longbox Graveyard where it lives. My comic book Man Cave may be going away, and with it a place to store my comics. I’ve already begun selling off my bulkier items — mostly games at this point, but comics will follow — and I’m not sure how much of the Collection I will retain, or how I feel about shoving things into a storage unit someplace. I’m also not sure what it will mean for this blog. Will Longbox Graveyard have a purpose if the comics that inspired it are no longer a part of my life?

Hulk is outta here … but I’m sticking around for a little while, at least!

I am sure that I’ve discovered a theme for the next six months of this blog, though!

That about does it for this season’s report … as has been the case with past Longbox Soapboxes, I hope you will check in with a comment — if you comment on just one entry here at Longbox Graveyard, let it be this one!

And what would a Longbox Soapbox be without a poll?

Thanks for reading Longbox Graveyard, whether you discovered me three years ago, or last week! Your comments and support have buoyed me up through the long and sometimes arduous process of taming my comics Accumulation, and coming to grips with my own brief career as a comics creator. It’s been a good ride — and it will continue for awhile yet — but it is beginning to wind down a bit, which I think is a happy thing.