Once upon a time, I wrote comic books.

One of the great things about my publisher — Malibu Comics — is that they’d try just about anything. And one of the many things we tried was experimenting with a new form of comics.

Just for fun … and because (in further proof that everything-old-is-new-again) interactive comics are making a comeback in the digital world … I thought I’d post one of my Dudley Serious comics here at Longbox Graveyard! 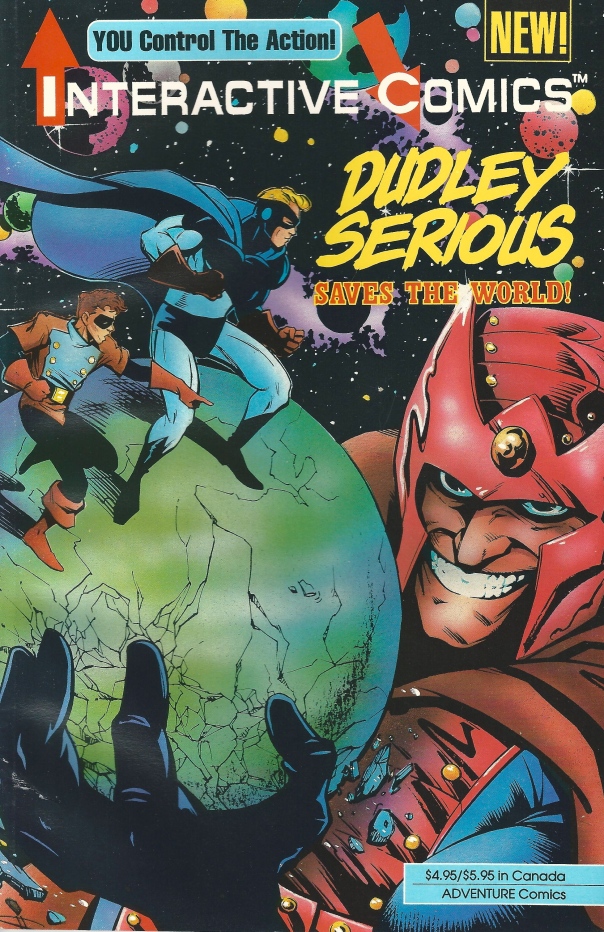 The superhero installment of the series was Dudley Serious Saves The World, a light-hearted, Silver Age romp where Captain Serious confronts the vile Cliche Master. The comic was published in 1991 by Malibu Comics, with pencils from Phillip Hester, inks by Ande Parks, letters from Patrick Owsley, edits by Chris Ulm & Dan Danko, and script by Paul O’Connor (hey, that’s ME!)

Begin your adventure by clicking HERE! 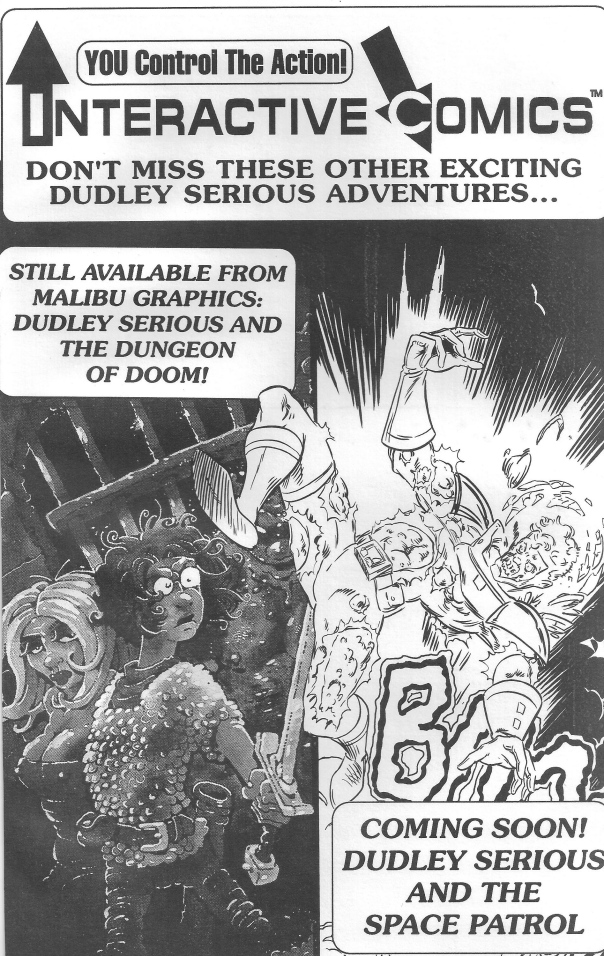 Sound off, in comments below!