A special guest blog this week as the Son of Longbox Graveyard — Mr. Jack O’Connor — comments on his favorite new comics series: Poet Anderson The Dream Walker. Take it away, Jack!

When I was ten years old, I was introduced by my Dad to Angels and Airwaves— an American space-rock band. (Thanks, Dad!) I first listened to their album, LOVE and, forgive the pun, it was love at first sight. Or listen.

But it was years later when I realized that Angels and Airwaves was more than most bands. It wasn’t all about the music, it was about the message and the concept; all forms of art and expression. Only a few years later they would create their feature film, LOVE, based off the album, which is one of my favorite films of all time. It’s on Netflix. Check it out.

But the main thing I remember back in 2010 when I first heard them, was being teased by a mysterious project, simply titled POET. I knew nothing of what POET was, except that it was going to be the next big thing by these guys. By big thing, I thought, “maybe it’ll be another big two-part album just like LOVE was.” I was wrong.

It was more than that. 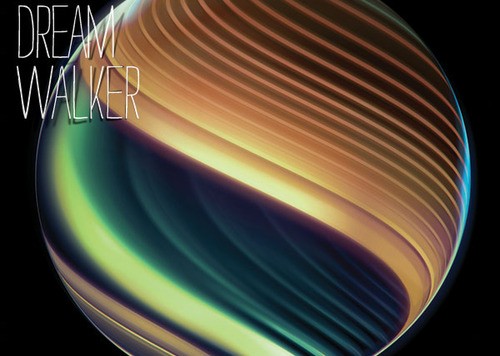 While there were a few gripes about the album — like it being recorded with only a few of the band Members, Tom Delonge and Ilan Rubin, or that the sound had strayed too far from what Angels and Airwaves used to be. I for one, love this album. I bought a mega bundle for this thing and I was not disappointed.

So here I am rambling and geeking out about a band, when the real reason I am here is to review and share my personal thoughts on the three issue Poet Anderson the Dream Walker comic series.

I have one word for the whole POET project. “Ambitious.” This very project could have passed as just a very stylish and original concept album, but Tom Delonge has quite a vivid imagination — as it says on the first few pages, “From the imagination of Tom Delonge.”

The first piece of this rather large puzzle started with the short animated film. It followed a fairly straightforward plot that told the story of Poet Anderson, a lucid dreamer who seems to struggle with reality and dreams. While dreaming, he visits the alternate dimension known as the Dream World, a universe made up entirely of humanity’s shared unconscious minds. But when dreams are made, so are nightmares. Poet finds himself being hunted by a horrific monster known as the Night Terror and meets his Dream Walker. A Dream Walker acts as a guardian angel who protects Poet’s dreams and guides him to the point where he must face his nightmares.

I know, I’m losing you. But the whole point is to feel like you have been dropped straight into the middle of an unfolding story. And you have. The comic series acts as a prequel to the film. This story is not finished — I have only now just finished the second issue. I don’t know how it ends or where it’s going to go in the future. It tells the story of two brothers, Jonas (Poet) and Alan Anderson who have discovered a unique ability to lucid dreaming. They visit the mysterious Dream World, where they meet a colorful cast of characters, discover powerful abilities, piss off a tyrant overlord and get swept up in a rebellion. It’s a wild, crazy story and I adore it.

Now, I’ve never really been a comics nerd. In fact, those who were born like me in the turn of the century in 1999, will find themselves with no emotional attachments to classic entertainment. It’s very hard to get into comic book culture because most of them were written long ago and are difficult to get your hands on, or the more modern ones are simply a continuation of those stories. I like superhero movies, but I still can’t connect with the stories in the comics. The Poet Anderson comics are different to me for one big reason. I already have an emotional attachment to the theme. I love the band, so I love everything they do. That’s probably why I enjoy this series as much as I do.

This series is unbelievably stylish. It’s colorful, entertaining and fast paced. Really fast paced. Just like the short film, you get sucked into the story and visuals and when it abruptly ends, you feel shocked. It’s so sudden. In fact, that is my only gripe with this series so far. It’s too short. It seems as soon as the story begins to pick up and you’re completely engrossed, it slaps a “To be continued” sticker at you and one can’t help but feel a little let down. That’s not completely a bad thing because that means it’s so good, you don’t want it to be over.

I love the artwork of this comic. The vibrant colors and the way the panels transition into each other is extraordinary. The artist, Djet, did a fantastic job. A beautiful job. There are a few panels that I would just love to have some framed prints of and hang them on my wall. Because that’s what this is. Art.

The characters are also entertaining, The brother relationship between Jonas and Alan is interesting. Everyone seems to have great chemistry with each other. I even like the villain of the story, REM. He’s big, bad and knows how to show it. His lines seem kind of goofy and sometimes sounds like he just graduated from Super Villain University, but he shouts “Do you know who I am?” So he has my respect there.

The story is intriguing and I really want to find out more about this world that has been created. The comic, thankfully, doesn’t recycle the same material from its animated brother. While the short film takes place mostly in the main futuristic dream city known as “Genesis,” the comic takes place in the wilderness of the Dream World. For fans of the film, it’s a refreshing look and it gives the comics a more original feel, making you more interested in the story, rather than thinking, “I’ve seen this all before.”

Because this POET project is made by the band, it has to tie somehow into the music. Poet Anderson seems to do it quite well. While the short film had the benefit of a soundtrack taken directly from the album, the comic has to do some things differently. The comic doesn’t have a soundtrack. Of course, when I read them I put the music on in the background just to set the mood and for ambiance. Without a soundtrack or instrumentals, sometimes it feels like this and the album are two separate things. However, the characters in the story make very broad references to song titles and lyrics on the album which makes me think if whether they added that just to create easter eggs, or if maybe these songs have double meanings that will unravel as the story progresses. Mysteries, mysteries, mysteries.

Now here’s how I feel about the whole thing…. I’m a huge Angels and Airwaves fan. They might always be my favorite band of all time and I’m glad they try to do things that push the limits. The Poet series is just getting started, however, with a novel coming soon, accompanied by a new EP. And in the distance, a full feature film is being hinted at. Come on Tom, stop being so elusive! But from where I stand now, I’m in love with the Poet Anderson universe. I can tell it’s going to get a lot more intriguing as the story unfolds. There’s just so much to like about it all. Whether you like colorful artwork, entertaining action or just an original, clever form of story telling, the comics are a great way to go.

And besides, Poet Anderson dresses like Charlie Chaplin and fights monsters with an umbrella. Hard to say no to that.

So, Angels and Airwaves, you have done it again. You have completely outdone yourselves and have truly created something beautiful. I eagerly and impatiently await what’s hiding down the road.

Issue #2 of Poet Anderson The Dream Walker from Magnetic Press is in comic shops this week.

Thanks, Jack, for sharing your comics enthusiasm with the audience of Longbox Graveyard … and if you haven’t warmed up to the Bronze and Silver Age books that are front-and-center at this blog, a cool and contemporary project like Poet Anderson isn’t a bad substitute. To read more of Jack’s work — including his original short fiction — please visit Jack’s home on the web at Ranging Stories, or check him out on Instagram!