← First Cut
Tomb It May Concern →

Hello, and welcome back to Longbox Graveyard … with a special thank you to returning readers who stuck with me throughout my recent year-plus hiatus. My time away from blogging and social media has allowed me to recharge my geek batteries enough to commit to … a month of (mostly) new content here at Longbox Graveyard.

And what better way for this superhero comics blog to return than in celebration of my favorite season — Halloween! 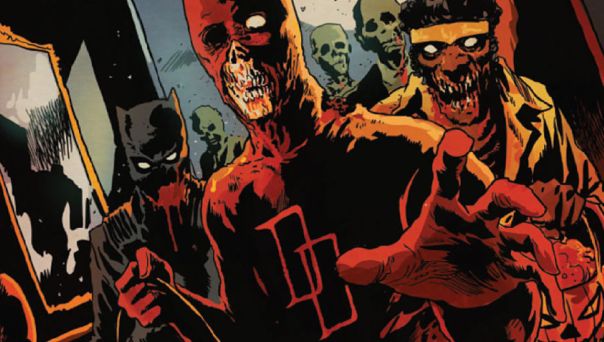 That’s right, October is Halloween Month, and Longbox Graveyard will be celebrating with three rotating features, every weekday in the month ahead:

FROM THE VAULT: “Reprints” of classic Longbox Graveyard horror comics reviews (which will be new to most of you — I know, because I can see my blog traffic!)

MARVEL VALUE STAMPS: A forensic look inside the comic book equivalent of the Necronomicon — my half-filled out album of Marvel Value Stamps!

And finally, the subject of today’s post and the official kick-off of Monster Month — THE LONGBOX GRAVEYARD TOURNAMENT OF TERROR!

Tournaments have always been a fun feature here at Longbox Graveyard. In the past, we’ve run “March Madness” tournaments to determine comics’ greatest sidekicks, pets, super-villains, and super-teams. Now, we are going to match off the greatest Monsters in comics history, in an elimination tournament that will run all month, with the final titan of terror announced on the eve of Halloween!

First, I need you to vote to help determine our Field of 16 for when the tournament begins next Monday. To be considered for the tournament, a comics monster needs to have been the HEADLINER of his/her/it’s series, even if only for a single issue, or as part of an anthology issue. Basically, if that monster had a cover with their name on it, they’re eligible.

(Note that this knocked out some classic “host” characters like the Cryptkeeper and Cain & Abel … but if you really want them, see your options in the voting instructions below. And yeah, I know, I broke my own rules by including Fin Fang Foom … but he’s a foundational Jack Kirby monster, and he wears blue trunks, so I couldn’t pass him up!)

Now … fully recognizing that I have a serious bias toward DC and especially Marvel Bronze Age comics, here’s an overview of the initial field of contenders:

thanks to Billy King for wrangling the above graphic!

See that question mark at the end? That’s your call to nominate some poor monster that I overlooked. Just vote for “Another Monster” in the pole below, and let me know your choice in the comments. If we get a real consensus for someone I didn’t catch, then I’ll get them into the tournament as a reader’s choice.

But make sure you really want to vote for that monster. You only get to pick TEN monsters from the list below … so you’re going to have to make some hard calls. Vote early, vote often, and tell your friends, then meet me back here on Monday October 7th for the announcement of the Field of 16, and the first round of tournament voting!

All right, get voting (and get commenting!). Then join me back here tomorrow when we open the vault for a classic review of a monster that I expect to do quite well in our tournament …

TOMORROW: Tomb It May Concern!

← First Cut
Tomb It May Concern →