Ms. Marvel swoops onto the scene, sporting scarf and bare midriff, tossing around cars to foil a bank robbery and relying on her “Seventh Sense” to get out of — and into — trouble. There is a feeling of “just add water” with this first issue, with Ms. Marvel borrowing the costume of Captain Marvel, and the book borrowing the supporting cast of Spider-Man — Carol Danvers gets a job in the magazine division of the Daily Bugel, sparks up a friendship with Mary Jane Watson, and even rescues J. Jonah Jameson from the clutches of the Scorpion in the book’s second action sequence. But the book tries for something new, too, with Carol and Ms. Marvel unaware they are in fact the same person, and with the origin and dimension of Ms. Marvel’s powers left as a mystery for another issue. The action is by-the-book (John Buscema supposedly didn’t like drawing superhero books, and it shows here), but the script is loaded with more characterization than you’d expect, with one sequence where Carol Danvers barks down Jonah Jameson in a salary negotiation being the highlight. 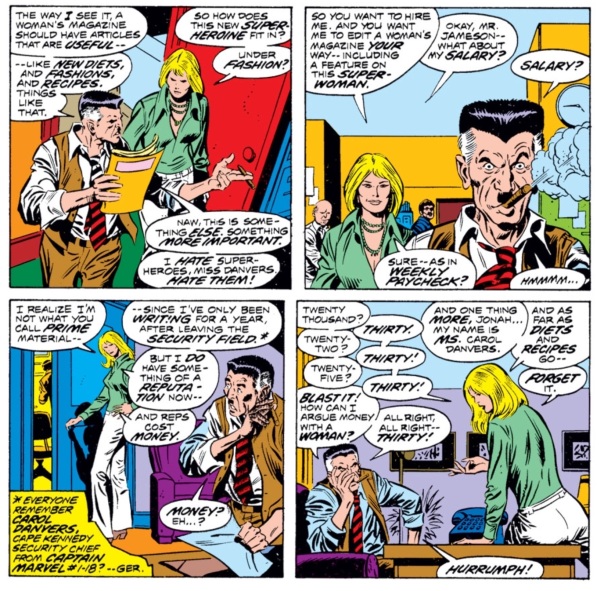 Ms. Marvel would go on to enjoy a rocky career, but her debut issue was competent and readable and even aware, in it’s late-70s way, of gender issues, looking at a woman’s life in the workplace, and punctuating an action scene with a little girl declaring she wants to grow up to be a hero just like Ms. Marvel. (And where else was a Marvel kid supposed to turn? All the best female superheroes were across town, working for DC!) 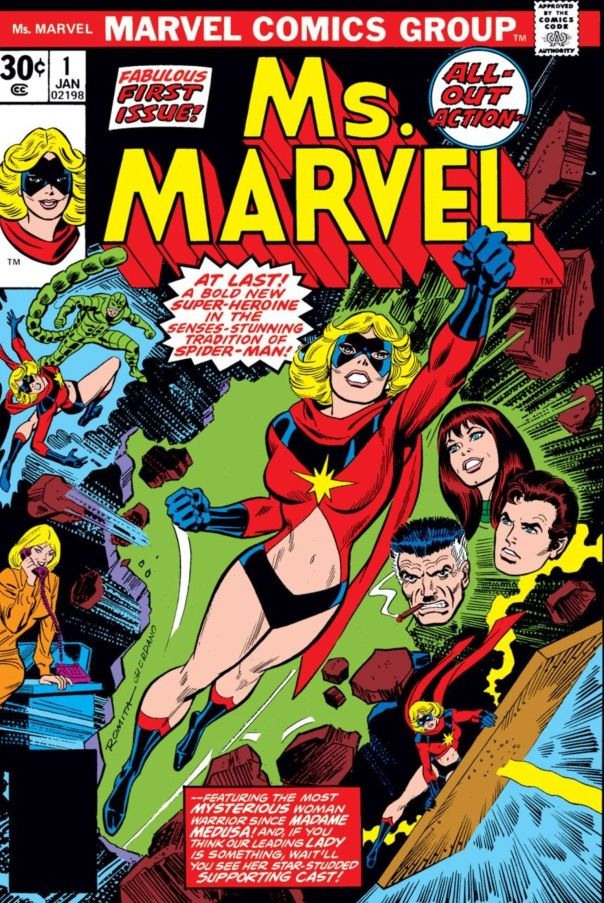