Marvel threw the keys for Captain America to Jack Kirby in 1977 and one of the things they got out of the deal was this odd and delightful annual. Like all of Kirby’s late offerings for Marvel, this book seemed to occur in its own reality — a Kirby-Verse, if you will. I mean, it has Captain America and Magneto in it, and you will recognize them from other books, but they are singular characters here, divorced from the way they appear in the rest of Marvel’s offerings, and even a bit different than I remember them under Jack’s hand when they originally appeared. Is this dissonance due to co-creator Stan Lee’s absence? Or maybe Jack just … changed a bit as a creator in the decades he was in the business? Both seem reasonable to me. 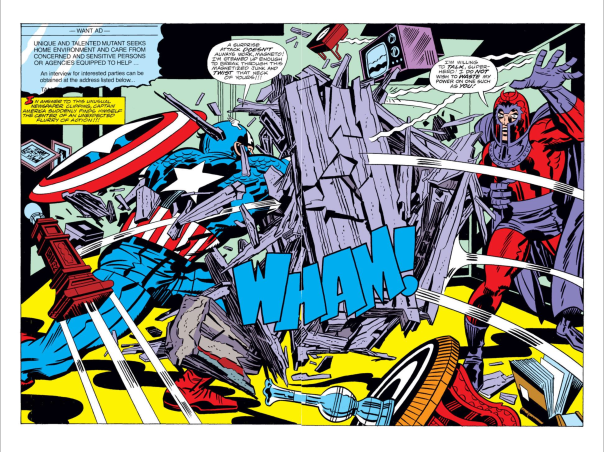 For the record, I dig Kirby-Verse Marvel, and this Annual has long held a place in my heart. It’s bizarre. Magneto draws unwanted attention from Captain America when he places a “Mutant Seeking Mutant” personal ad in the newspaper. (No, really!). Magneto is aided and abetted by yet another incarnation of the Brotherhood of Evil Mutants, and it really seems like he’s hit the bottom of the barrel with this crew. Everyone ends up fighting over a mutant so tiny that he can fit in a ring on your finger — Magneto wants him so he can explore the inside of a little spaceship he found somewhere. You can’t make this stuff up … but Jack Kirby could! Man, could he ever! 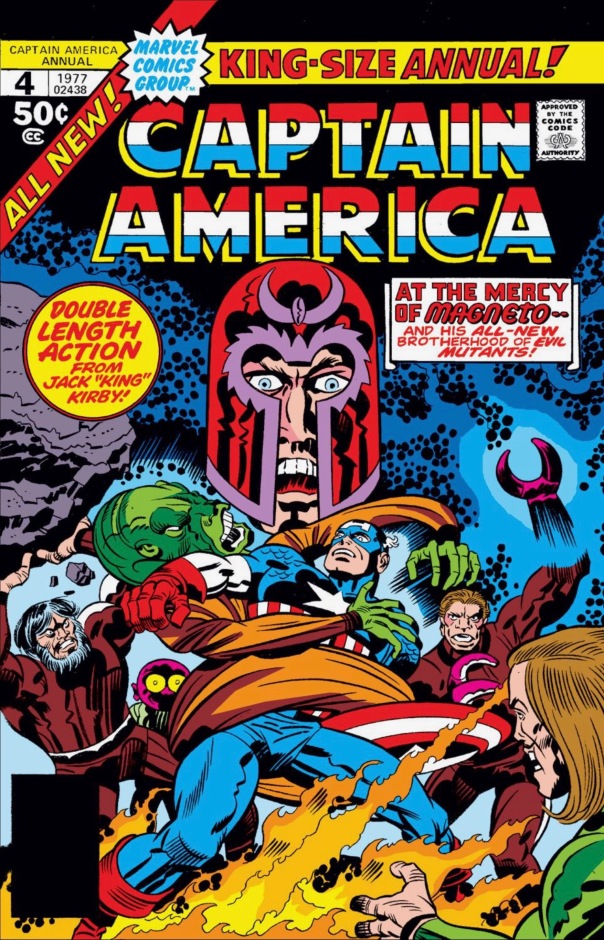