The first round is in the books for our Longbox Graveyard March Madness Super-Team Showdown! 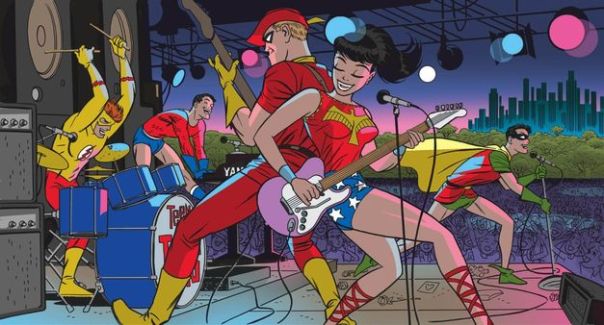 There were no real upsets in the first round …

… the Justice Society win was a #9 seed beating a #8, but that hardly rates an upset. Our readers did a good job in the seeding round!

I did run some Twitter voting, and over there the Green Lantern Corps and the Defenders finished in a dead heat, while the Guardians of the Galaxy edged out the Justice Society, but in neither case were the numbers sufficient to change our results here at the blog.

Now it starts to get a little more competitive!

Here is the bracket as we enter the Round of Eight: 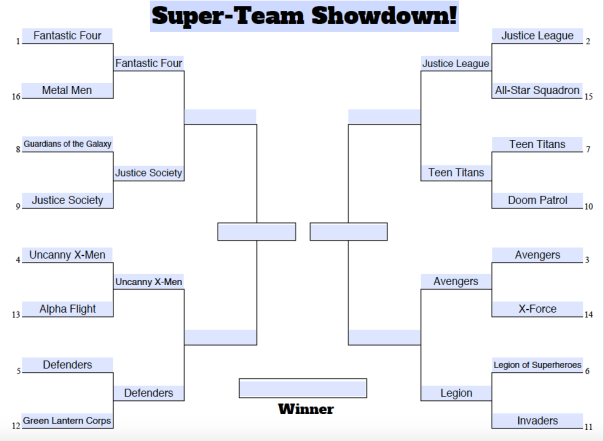 Place your vote for each contest, below. As before, your criteria is your own. Vote for your favorite team, or the one you think wins in a fight, or the crew with the better uniforms … just be sure to vote! (And tell your friends and enemies to vote, too!)

Heroes of today versus the kids of tomorrow! 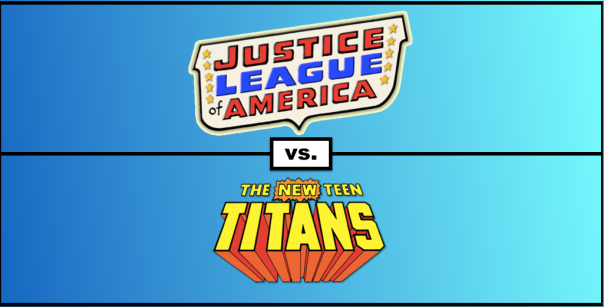 Voting closes no later than Sunday, 18th, so don’t delay!

Here’s the schedule for the rest of the tournament:

So get voting … and get commenting, in the section below!