Since I already picked Captain Marvel earlier in this blog series, there’s really no choice but to book-end things with Jim Starlin’s other cosmic hero — Warlock. 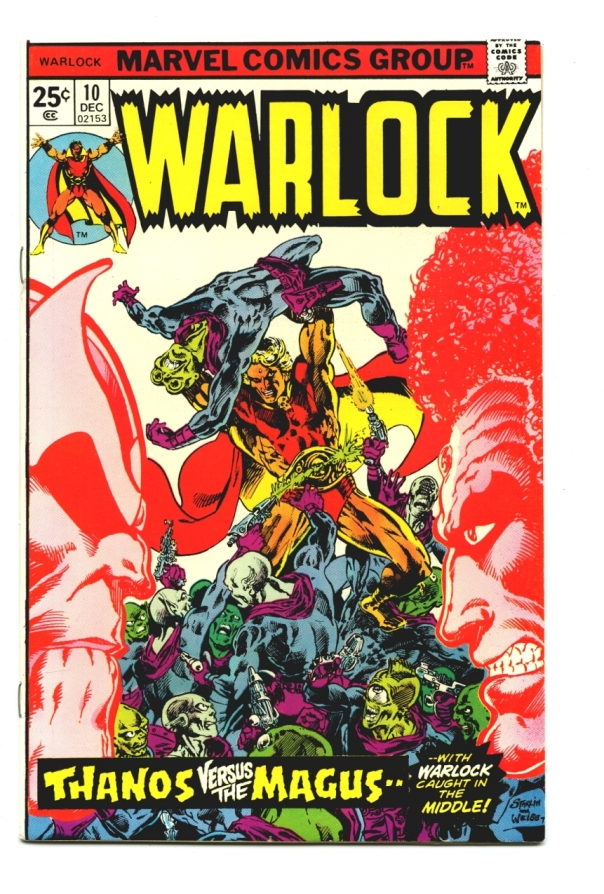 I suppose that Thanos is really Starlin’s most important cosmic character. Warlock and Captain Marvel share Thanos as a nemesis, and Thanos has far eclipsed them both in the popular imagination, and getting built up as the Big Bad of Marvel’s movie franchise. I have my hopes that Warlock will soon pop from that cocoon we saw at the end of the last Guardians movie, but whoever shows up on screen will likely have little to do with the fabulous space hippie that Jim Starlin made his own in this brief 1970s series, picking up where his Captain Marvel run left off, and replacing much of Cap’s action with romance and Hamlet-like dramatics. If Captain Marvel was a superhero book set in space, Warlock was a full-on space opera, and if the series bottomed out with space sharks, it also gave us a great and boundry-pushing run as Warlock took on his own future self in the form of a power-mad cosmic messiah.

Pip the Troll was awesome, too.

There are doubtless better “W” books out there, but Warlock is my favorite. How about you?

Posted on February 24, 2018, in Comics A-To-Z and tagged Warlock. Bookmark the permalink. 4 Comments.