I was late to the party on Kamandi, and didn’t really dig into this series until I bought a whole whack of issues on digital a couple year ago. If I try to read too many of them in a row, my brain melts, but for a run here and a run there, Jack Kirby’s berserk animal post-apocalypse is a good read. 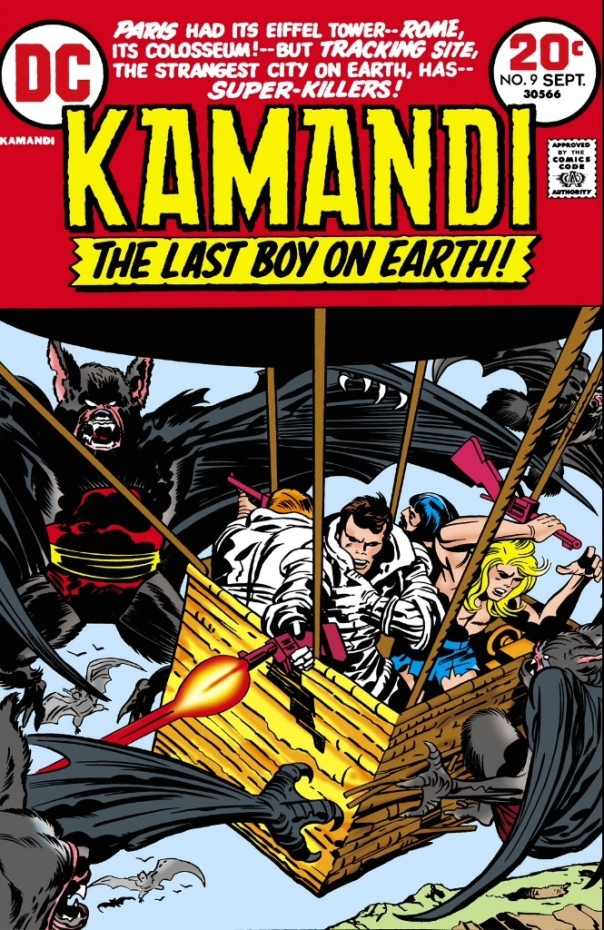 It is a boys’ adventure series, to be sure, and not so thought-provoking as the New Gods work Kirby did during this same period at DC, but not everything has to be cosmic stum-und-drang. And there’s still plenty to chew on in the subtext of Kamandi’s adventures, as we contemplate how men brought ruin to their world. Ugh, that virus!

Chime in with your favorite “K” books, below!

Posted on February 12, 2018, in Comics A-To-Z and tagged Kamandi. Bookmark the permalink. 8 Comments.