With all due respect to creators Chuck Wendig and Nik Varella, does anyone want a Hyperion book? Has anyone ever wanted a Hyperion book? I ask because in an age where New Avengers sells less than 20K copies a month, giving Hyperion his own book sure seems like shoving an orphan into the storm. Marvel is shining a spotlight on the Squadron, for whatever reason … in addition to their new Squadron Supreme series, we are getting a Nighthawk book in a couple weeks. It is strange, but I suppose I shouldn’t fault Marvel for trying. I do fault Marvel for not trying harder. This new Hyperion book isn’t terrible, but it is nowhere near outstanding enough to break out in this market. For those not in the know, Hyperion is Marvel’s answer to Superman, a relic of an unauthorized Avengers vs. JLA pastiche from decades ago. Here we join Hyperion as he dons a trucker cap to drive across the country and fume and ruminate about his Squadron pals. He picks up a girl on the run and then collides with the Hills Have Eyes carney rednecks that are hot on her heels. This is a perfectly adequate book with a couple mild surprises, but I tell you … I felt the shadow of cancellation before I was a quarter of the way through the book. I can’t see new readers jumping on board with this story, and die-hard Hyperion fans (both of them) will find their hero nearly unrecognizable here.

There is a wordy explanation of Hyperion and his backstory on the title page. It does the job. 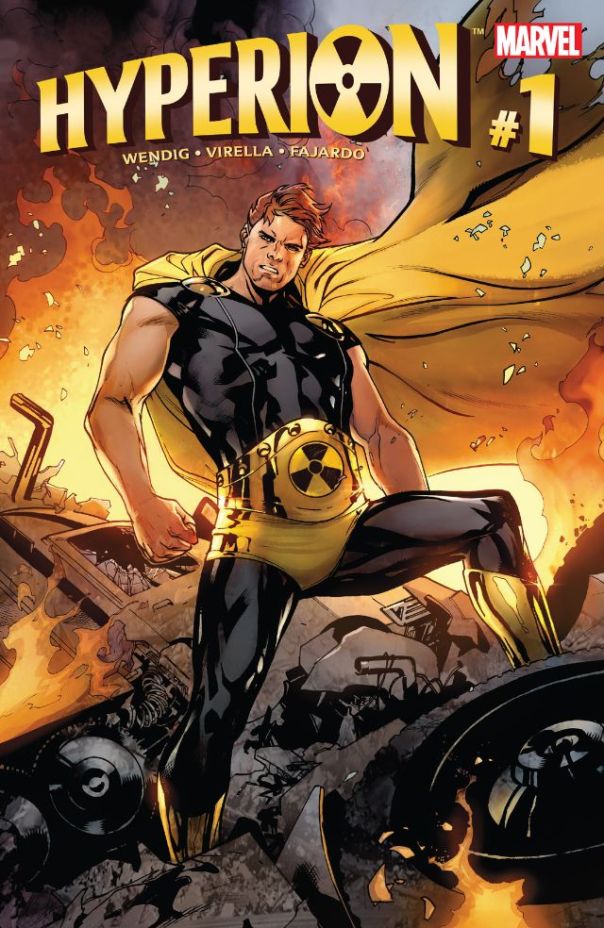