Supervillain Tournament Of Evil — ROUND THREE!

More blowouts and beatdowns in the second round of our Supervillain Tournament of Evil! Is the lack of competition a surprise, or all part of some diabolical plan? I dunno. But once again, we had a round which went pretty much according to expectations, with only our “bottom seed” Thanos “upsetting” Loki and a big wipeout in our 4/5 matchup between Lex Luthor and Galactus coming close to raising eyebrows.

The second round results (by percentage of votes):

I thought that Lex Luthor would put up a better fight against Galactus, but he went down harder than anyone else this round. Maybe we are seeing Longbox Graveyard’s “Marvel bias” in action here … or maybe it wasn’t Luthor at all, but instead a robot loaded with Hate Tapes! 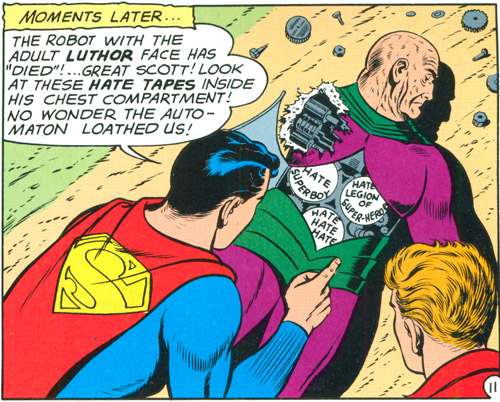 Regardless, our Final Four is set! It’s Thanos vs. Galactus, and the Joker vs. Doctor Doom!

Here’s the latest bracket for the SUPERVILLAIN TOURNAMENT OF EVIL!

Clown Prince versus the most dreaded sovereign of them all!

As always, vote early, and vote often — and tell your friends!

(And agitate for the villain of your choice in the comments section, below!)