Blowouts and beatdowns characterized the first round of our March Madness Supervillain Tournament of Evil! In fact, if you discount the “upset” of #16 seed Thanos knocking off #1 seed Magneto, the entire round went as expected, with the top seeds triumphing easily (and in some cases spectacularly … Doctor Doom took 90% of the vote against the wretched Red Skull!).

The first round results (by percentage of votes):

Hopefully the second round will prove more competitive, but before we get to the match-ups, one last word about that Thanos-As-Sixteen-Seed. Remember that our initial seedings were based on IGN’s list, which certainly ranked Thanos too low. He would be a top four seed if I were doing the rankings myself. When Thanos emerged from our sixteen-villain play-in round as the “lowest” seed in the tournament, the writing was on the wall for poor Magneto … and now that Thanos has slain the master of mutant magnetism and become the tournament’s de facto top seed, you have to like the Mad Titan’s chances to run the table all the way to the final. 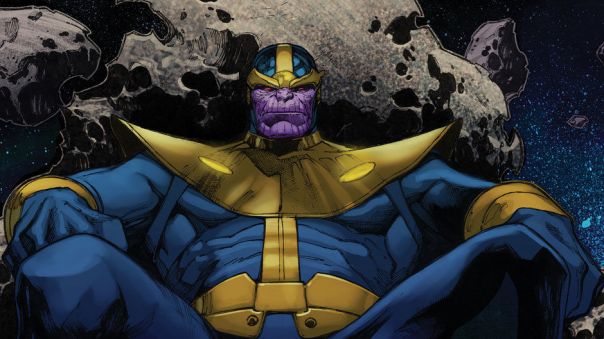 for Thanos, it is all coming together …

But these Longbox Graveyard tournaments are nothing if not unpredictable — remember when Lockjaw upset Krypto in last year’s Super-Pets competition? So let’s get on to the next round, and see if some of those sure things prove to be anything but!

Vote for ONE bad guy in each match-up below. Use whatever criteria you like — pick your favorite villain, or the guy who would win in a fight, or the guy that could beat Donald Trump in the California Primary! It is up to you! Voting concludes at a random time on Sunday, April 3rd … so get voting!

Here’s the current bracket for the MARCH MADNESS SUPERVILLAIN TOURNAMENT OF EVIL! 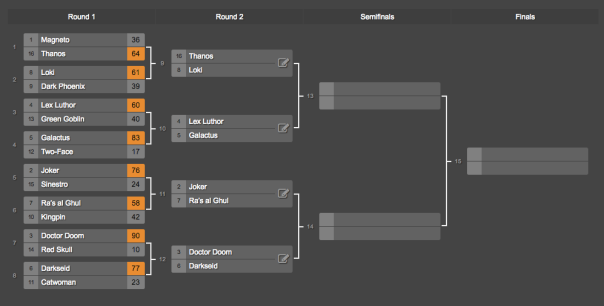 Vote early, and vote often — and tell your friends!

(And defend your vote in the comments section, below!)