I still think that Ms. Marvel deserved better, but I have to admit that Carol Danvers has done pretty well by herself. The character has developed a rich history all her own and she’s even got a movie on the way. Carol owns the Captain Marvel moniker, now, and so my beloved Kree Captain can rest in peace. In her newest series, Captain Carol reports for a two-year hitch aboard a space station that protects earth against galactic threats. Her new post has a flight deck filled with space fighter craft (piloted by Alpha Flight, of all people), a meditation room, a co-ed locker room, and a serving commander who doesn’t think much of our hero. Authors Michele Fazekas and Tara Butters write Carol as confident and brash in a career-military sort of way, and they let her attitude lead her into trouble. The writers come from television and this shows in the dialogue (this is not a bad thing). Kris Anka’s art is better than his recent stints on X-Men, but isn’t equal to the script. With a location and title character in common with A-Force, I would expect some tight continuity with that other book, but we will have to see how that plays out.

Pretty decent. I don’t know how Alpha Flight got aboard that space station (or even where the station came from), but as a first-day-on-the-job story, it feels more like a #1 than many books in this Marvel reboot. 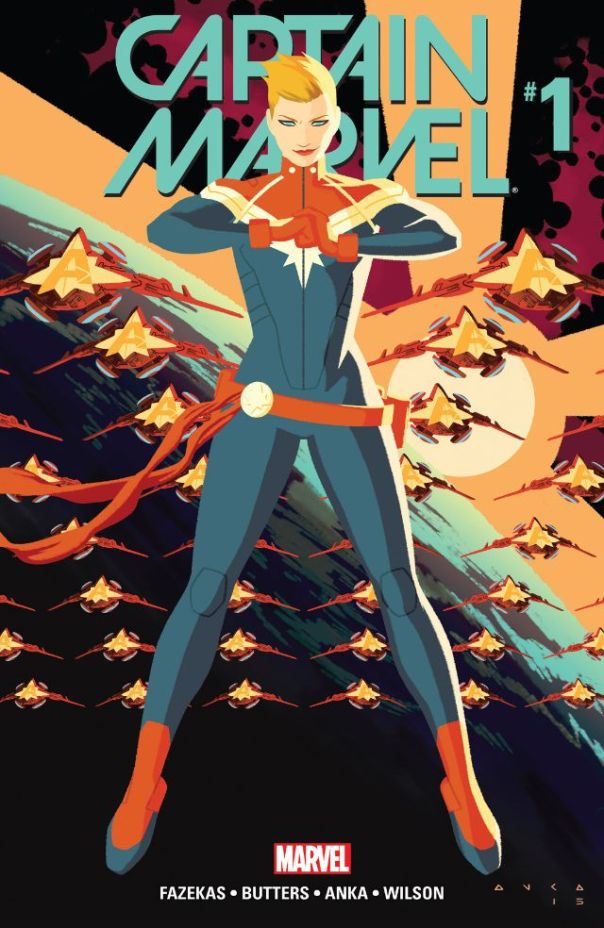