I liked this book a bit better than Deadpool #1, but Deadpool really isn’t my guy. This (very talky) tale revolves around Deadpool trying to win Spider-Man’s trust by involving him in a confrontation with Dormmamu. Spidey and Deadpool spend a lot of time arguing and getting in each other’s way. Things explode. Joe Kelly’s script doesn’t spare the snark, and the art from Ed McGuinness and Mark Morales is crisp and expressive, but the visual resolution of some of the book’s action sequences wasn’t always clear — I had to look at Hydro-Man’s final panel for five minutes before I figured it out, and I’m still not completely certain how the first skirmish with Dormammu’s minions played out. The creators are going for an odd couple thing here with Deadpool and Spidey — a kind of anti-Team-Up book, with Deadpool playing the needy one, and Spider-Man just wanting to get the hell out of there. I sympathize! More interesting to me was the book’s bonus reprint of Vision #1, a book I truly enjoyed. It is good to see Marvel attaching Vision to a top-selling Deadpool book — hopefully it gets that series some more readers.

No better or worse than most of these Marvel reboots. A familiar face in Spider-Man does give guys like me — who are new(ish) to Deadpool — something to hang on to.

Read more about the Avengers at Longbox Graveyard 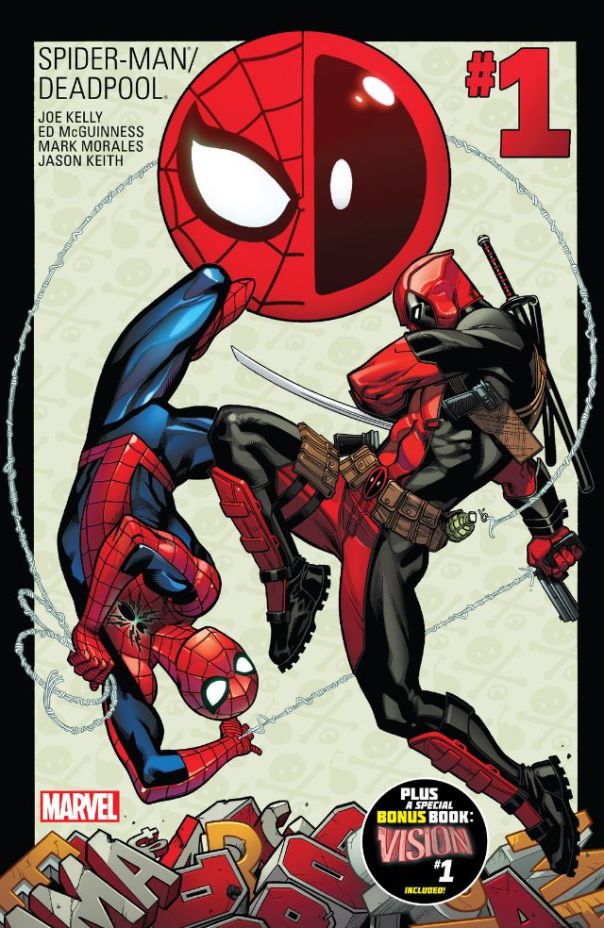