Disappointing. Scarlet Witch is a favorite character, and James Robinson is a superior writer, but I found this take on Wanda meandering and a bit too precious for its own good. The Scarlet Witch is troubled by dreams, sips coffee, talks to a ghost. There is a bloody murder scene and a demon in the mix, but the book isn’t eerie enough to work as horror … and there isn’t nearly enough action for it to work as a superhero book, either. So what we have is something in the muzzy middle, with a lot of scene-setting and a potentially interesting promise to explore the roots of Wanda’s witchcraft, but I won’t be sticking around for the ride. Unlike the recent Doctor Strange reboot, this book didn’t do enough to bring me into Wanda’s world, or make it an interesting place that I wanted to explore. Vanesa Del Rey’s art aims for moody but comes up muddy.

Poor. There is a clever framing device at the beginning of the story that ties us back to the Avengers, but otherwise this story is a lot of vague references to characters and events of the past. Starts in the middle, and it’s kind of the middle of nowhere.

Read more about the Avengers at Longbox Graveyard 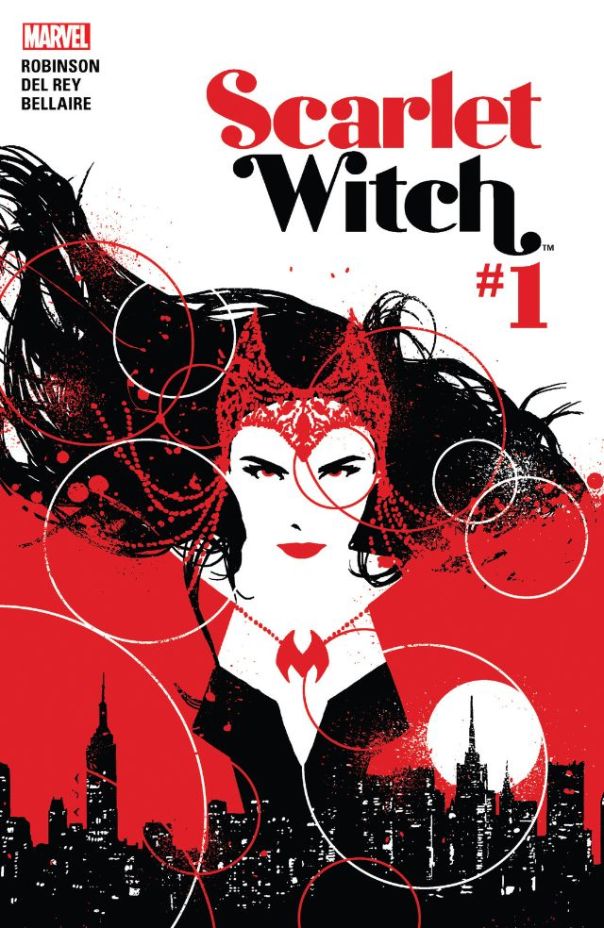