I’m not entirely clear that this book is an in-continuity part of Marvel’s re-launch, but what the heck? I dinged the new Amazing Spider-Man for starring a Peter Parker that I scarcely recognized, so this more traditional Spider-Man series should be just the tonic. And it is, to a point. This is certainly the canonical Peter Parker — he’s in high school, hanging out with Gwen and Harry and enduring Flash’s abuse; he’s uncertain of his powers; he has a doting Aunt May waiting for him at home; he tussles with Doctor Octopus. Robbie Thompson’s script checks all the boxes and I can’t find fault with Nick Bradshaw’s art. This is an entirely entertaining, professional, and recognizable Spider-Man … but it still isn’t for me! Nor is it intended to be — this is an all-ages book (though branding it such does it an injustice), aimed at people who haven’t read Peter’s story, and who will be chilled by that last-page reveal about the elder Osborn’s malevolent secret identity. For me, well, I’ve read these stories almost as many times as I’ve seen Bruce Wayne’s parents get waxed. For readers like me, who still want new stories about the old Peter Parker … well, there’s no place in all of Marvel’s Spider-Verse for us, even with dozens or hundreds of Spider-People running around.

The book assumes you already know about Spider-Man and his origins … but that’s really not too much of a stretch (and Spidey’s origin is recapped in case you were raised in a cave). Everything else is there for new readers to get on board.

No. As was the case with The Force Awakens, I feel like I’ve already seen this movie! 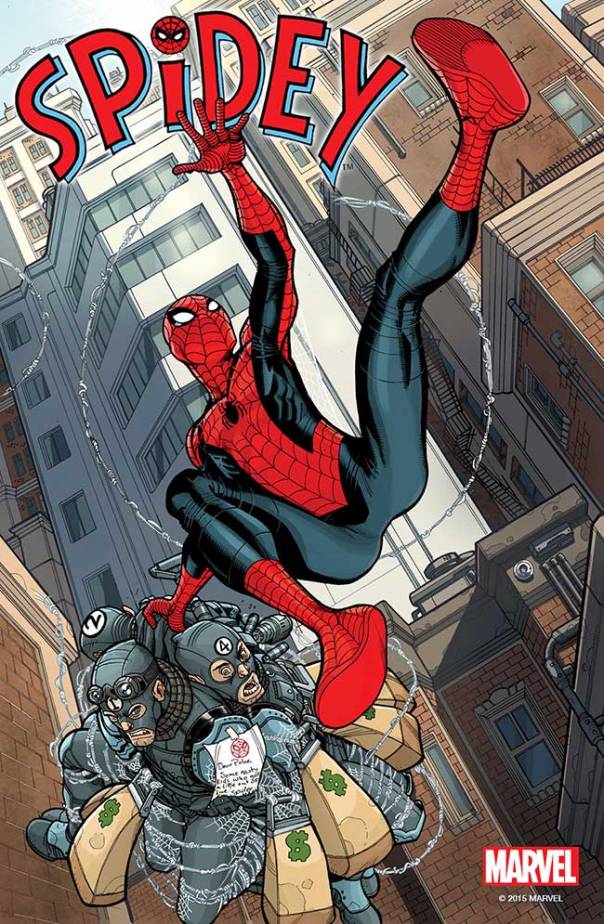