Sometimes a cigar is just a cigar. Writers CM Punk and Cullen Bunn set out to entertain us for a few pages, and accomplish nothing less. Also, nothing more. If it were possible to fold laundry while reading a comic book, this book would be an ideal candidate. There are a couple of laughs, a lot of smashing, some decent characterization (mostly), and nothing to tax your intelligence. Scott Hepburn’s art is as workmanlike as the rest of the package. If you like Drax, read it. If you don’t like Drax, don’t read it, and say that you did. Either way, you’ll wind up in the same place.

It’s fine. Drax has more intellect here than in the movie, and Ben Grimm’s appearance is just as much a mystery here as in every other Guardians book, but it’s largely familiar faces doing familiar things.

Read more about The Guardians of the Galaxy at Longbox Graveyard 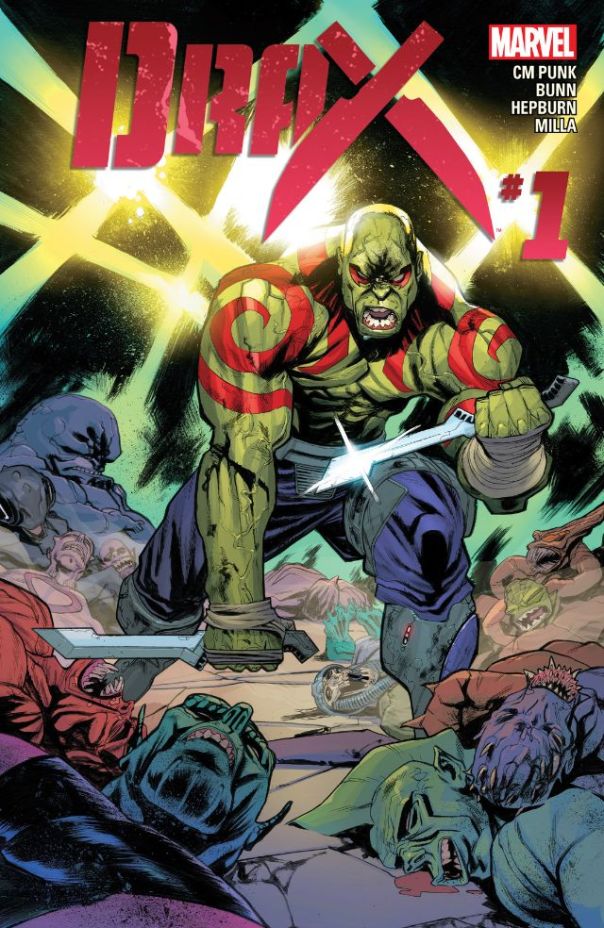