Disappointing. Brian Michael Bendis and Brian Reed’s Illuminati was one of the better Marvel books of recent years. Sure, it was a bunch of guys sitting around a table talking about their problems, but what Bendis book isn’t? I thought the idea of a secret society of Marvel’s most powerful thinkers, rulers, and futurists coming together to head-off world-shaking problems (and generally coming up short) was a great idea. Alas, this new book borrows from the old only in title, as the Hood recruits a band of bad guys to do bad things (which may all be part of a double game, but I won’t be sticking around to find out). Writer Joshua Williamson wrings some pathos out of characters like Absorbing Man and Titania trying to go straight, but Shawn Crystal’s cartoon-style art seems a poor fit for a story that wants to be grim-and-gritty.

It’s fine, although it helps to know a bit about the Hood, and his past failures. 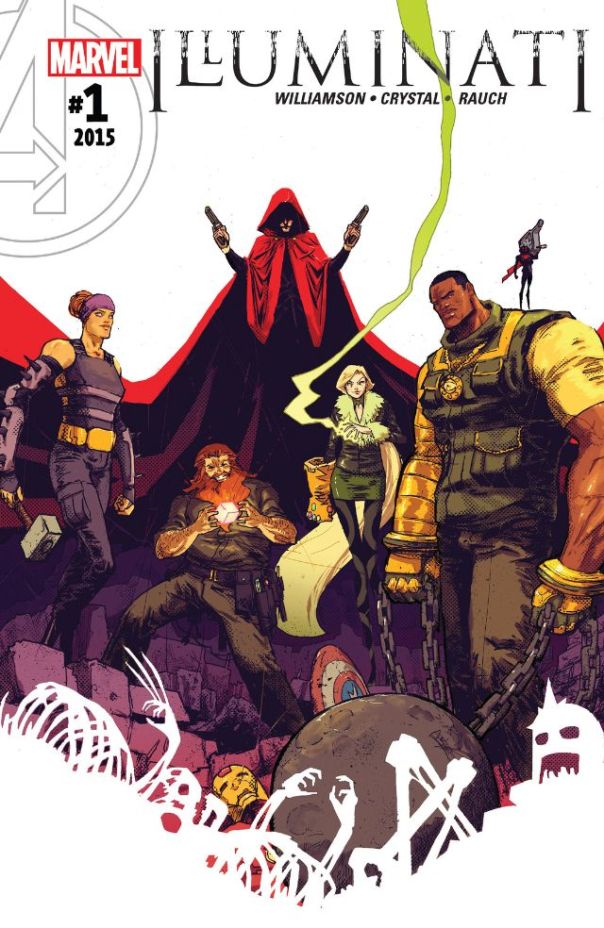