As the comic book adaptation of the free-to-play reboot of the original Marvel mini-series, this book was everything I dreamed it would be! Actually, it’s better than it needed to be — writer Al Ewing and artist Paco Medina do a solid, workmanlike job here, avoiding the Barton Fink error of trying to make a wrestling story be anything more than a wrestling story. Plus, it has dinosaurs … but those dinosaurs really take it in the shorts in this story, like every other animal. Gamora stabs a T-Rex in head, and they shoot poor Hydra Monkey in cold blood. And who is going to feed British Punisher’s cat?

Great. You can’t help but understand the premise.

I am genuinely concerned about British Punisher’s cat … but I’m out. 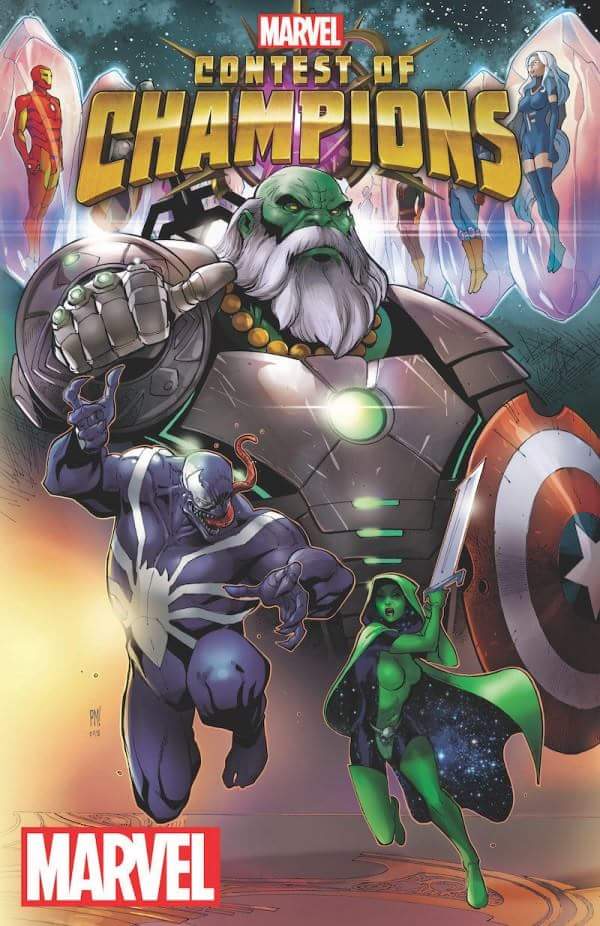