Tries very hard — maybe too hard. Or maybe just too eager. Packs a lot into one issue — Scott Lang has moved to a new city, has a new job, has a cranky boss, has wacky sidekicks. He pines away for his estranged teenage daughter. There’s a mastermind villain, who meets with another mastermind villain, who unleashes a third villain on our hero, right when he is have a back-and-forth with a client and arguing with yet another supporting character. It feels like writer Nick Spencer is trying to do too much — which is a criticism I don’t often level at books in this age of decompressed storytelling — but when you have page after page of six-panel layouts, all laden with heavy word balloons in service of gonzo dialogue that doesn’t always land, it can feel that the story is in a hurry to get nowhere, fast. Follows on the tone of the Ant-Man movie, which is welcome and a good idea, but I’d trade all this book’s many supporting characters for one Michael Peña. Ramon Rosanas’ art is serviceable, when you can see it beneath all the word balloons!

There’s a lot to take in, but the scene is set and fans of the movie will be on familiar ground. It works.

Much potential here, but it falls just short of my pull list. 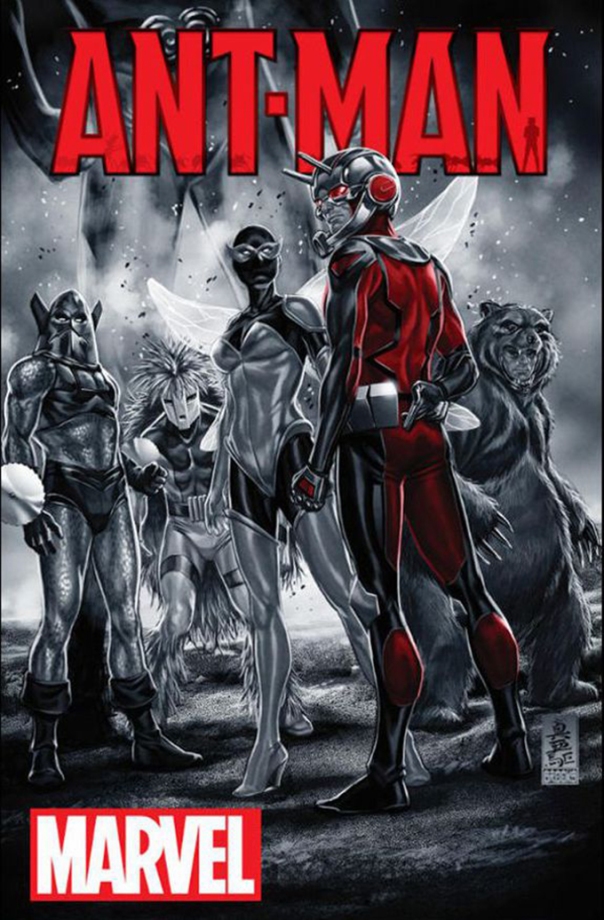