All Hail The Top Dog!

The votes are in … and in the most-voted Final in Longbox Graveyard March Madness history, #11 seed Lockjaw completed his Cinderella run to the championship by besting top seed Krypto by a single vote!

I am fairly surprised by this result … I rated Krypto the #1 seed in the tournament, and I voted for the Dog of Steel in every round, including the Final. I would have exercised by editorial discretion and awarded Krypto the victory in the event of a tie … but a vote came in for Lockjaw at literally the last moment, and history was made!

This is why we “play the games” — sure things are rarely sure things, and these tournaments wouldn’t be much fun if they didn’t allow for the possibility of upsets!

In retrospect, I clearly had Lockjaw seeded too low at #11, failing to account for the popularity afforded by his role in the contemporary Ms. Marvel series … just another peril of your editor permanently residing in the year of 1978!

But no matter the circumstances or the seeding, Lockjaw is the winner of the Longbox Graveyard March Madness Super-Animal Showdown! 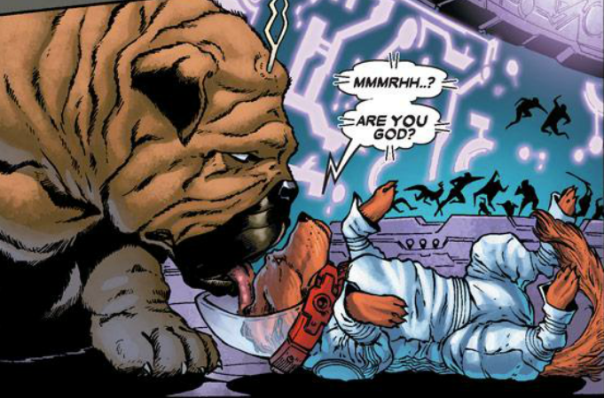 And one last time, here is how the complete championship shook out …

Share your reactions to Lockjaw’s big victory in the comments, below … and start stumping for the topic of the 2016 March Madness! Should we face down Super-Apes? Super-Villains? How about the greatest comic book aliens (Silver Surfer vs. Martian Manhunter in the final?) Let me know your thoughts … and thanks for your enthusiastic support of the Longbox Graveyard March Madness Super-Animal Showdown!