In a harmless bit of civic silliness, my newly-adopted hometown elected to honor Mr. Spock, given that this past week would have been Mr. Nimoy’s 84th birthday, had he not, sadly, Boldly Gone earlier this month. 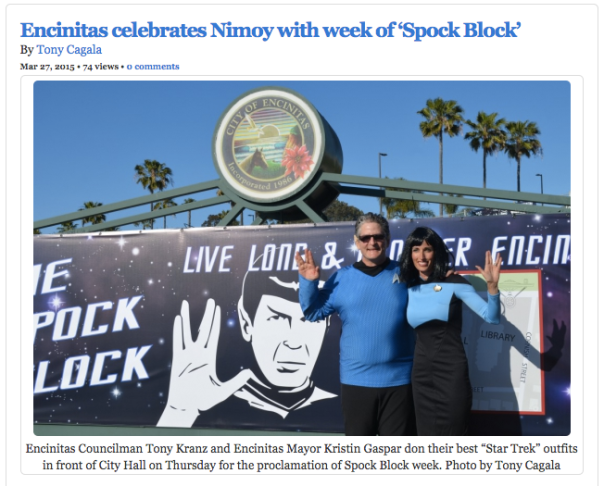 The inspiration: Encinitas City Councilman Tony Kranz recognized that Encinitas has a Vulcan Avenue … and of course, Vulcan is Mr. Spock’s home planet (or was his home planet, if you follow the J.J.verse). 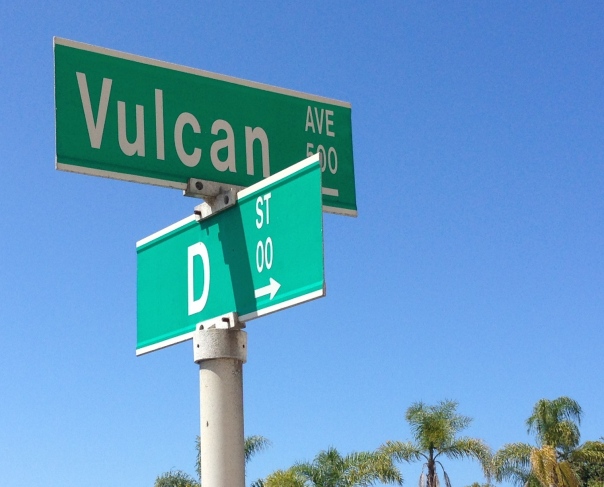 Since Vulcan Avenue is a block from my house — and since I love Star Trek — I considered it my duty to check out the celebration. Our optimistic City Council hoped Spock Block would anchor some kind of spontaneous Star Trek festival that would see fans beam down to Encinitas in droves, wearing their Original Series gear and eating in our restaurants.

But basically … it’s just a bunch of signs. 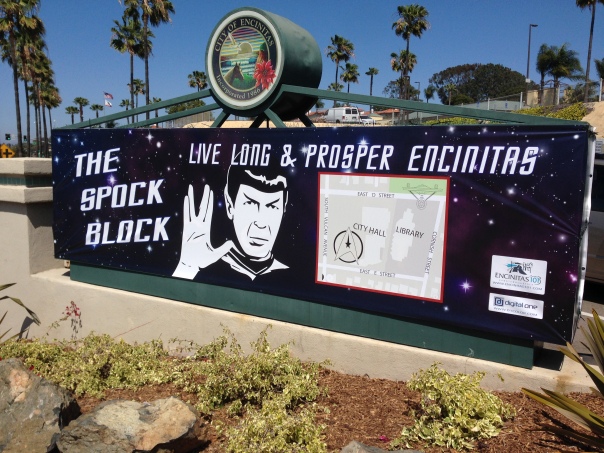 They’re nice signs. And there are a lot of them all around the city block in question. 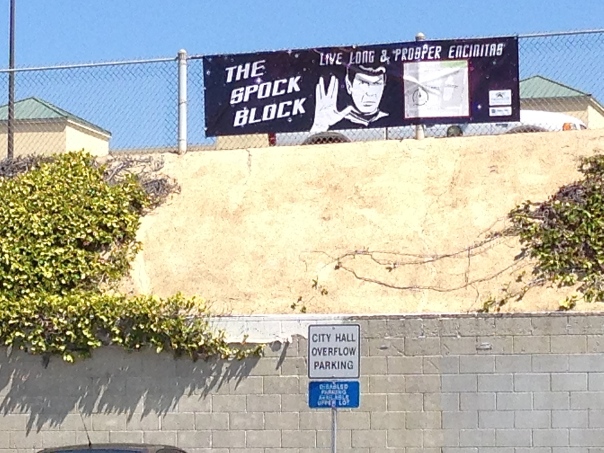 This is not the Tomb of Nimoy — it’s just another one of those signs, this time atop a concrete retaining wall.

Over at the library was another of the signs, but it has not lived long, nor prospered:

And inside the library, a modest selection of books that were Star Trek … ish.

All-in-all, a nice gesture, albeit one that suffered for coming together at the last moment.

There really are a lot of signs on this block — a dozen or so. Some taxpayer group is bound to get up in arms about it. (A few local message board warriors are already pissy about it … though the City Council has already declared the event a success, and clarified that no taxpayer money was involved). I wonder what they’ll do with the signs when the week is over? Auction them off for pennies? Save them for next year?

And about next year … if they want to do this right … the Council needs to contact someone in the local Trek scene to set up a couple of events, and promote the week to Southern California fans. Plan a charity Spock Walk down Vulcan Avenue. Show Wrath of Khan in the library. I dunno. Something. Anything?

(And I am not volunteering!)

Anyway, I’m glad that Encinitas did this. It’s a goofy town.

Live Long And Prosper, Mr. Spock! We miss you.