← Join Longbox Graveyard On Instagram!
Days of Future Past →

My Life As A Troll

I keep this blog pretty laser-focused on comics, but something very cool turned up in my mailbox on Monday, so please indulge me in this little diversion.

This is a stack of autograph pages for the anniversary edition of Grimtooth’s Traps, awaiting my signature!

Well … because the mysterious master of the Longbox Graveyard is also (kinda, sorta) Grimtooth the Troll! Back when I was eighteen years old or so, I edited and (largely) wrote Grimtooth’s Traps, a universal role playing game supplement, for Flying Buffalo Inc.

The book was an instant hit, spawning several sequels. It has remained in print more-or-less continuously since 1981, published around the world in six languages, with something over a quarter-million copies in print. 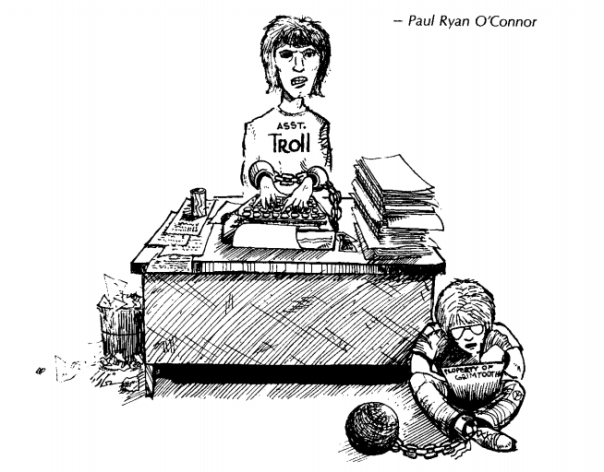 cartoon of teenage me, circa 1981, by Grimtooth’s Traps illustrator Steve Crompton

It was one of the delights of my early career to be a part of this project, and I was very pleased to make a small contribution to the spiffy new anniversary edition of Grimtooth’s Traps recently kickstarted by Goodman Games.

I’m out of practice with my autograph, but I think they came out OK. 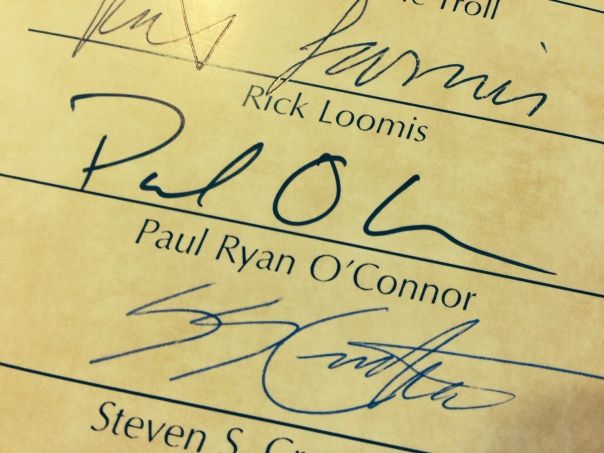 Grimtooth’s Traps opened a lot of doors for me. It provided a substantial professional credit at a very young age, and was instrumental in getting me my first video game design job. It’s a real kick that something I did so long ago is still embraced by fans. I’ve been dining out on the old troll for three decades, and I am so very pleased and proud that the Grimtooth series is getting a deluxe treatment from Goodman Games!

(We now return to your regularly-scheduled comic book content).

← Join Longbox Graveyard On Instagram!
Days of Future Past →