← Happy Halloween From Longbox Graveyard!
The Song of Red Sonja →

If you were on the staff of Malibu Comics, twenty years ago today you would have found this memo in your mailbox: 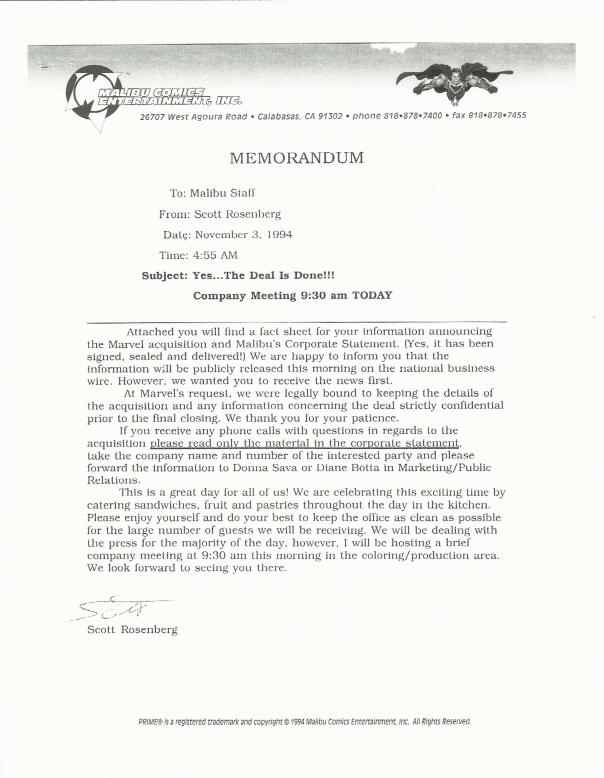 That memo from Malibu Comics President Scott Rosenberg was supposed to mark the end of the beginning for Malibu, but it ended up being the beginning of the end. Founded in 1986, Malibu had made their mark for a wide-ranging black & white comics publishing slate, before launching Image Comics and later publishing the Ultraverse, but by 1994 the handwriting was on the wall: Malibu needed to sell. Narrowly surviving the comics crash of 1993, Malibu was on borrowed time, and had for months been in secret negotiations to sell to DC Comics, before Marvel got wind of the deal and swept in to grab Malibu from their rivals, a largely-defensive purchase intended to protect Marvel’s comic book market share. 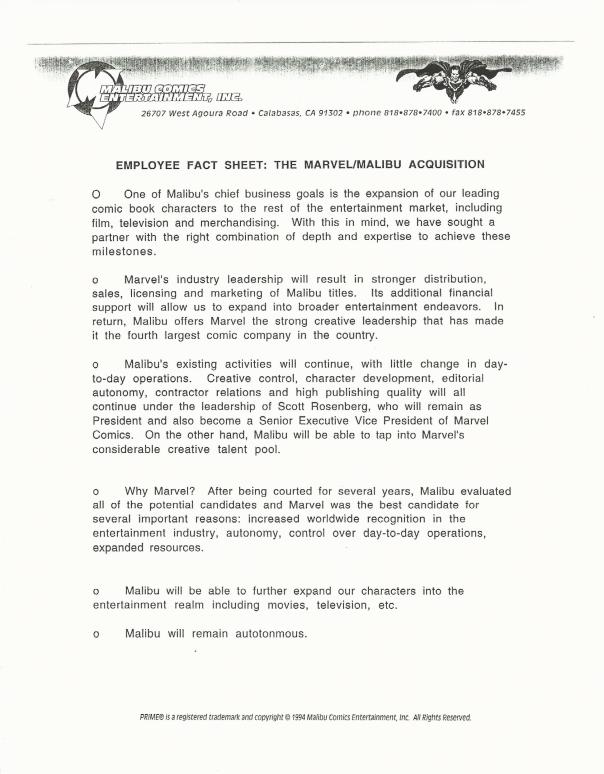 Few of the optimistic predictions of the “Employee Fact Sheet” would come to pass. Marvel would file for bankruptcy in 1996, and after a brief attempt to meld the Ultraverse with the Marvel Universe, Malibu Comics would shutter in 1997.

At its height, Malibu Comics employed approximately 150 full-time employees, including a film division, an interactive division, and offices in both California and England. They also provided work for hundreds of freelance writers and artists (including your humble narrator!). Malibu’s vast library of superhero properties — including the Ultraverse — passed on to Disney when they acquired Marvel in 2009. Disney has been mum on any plans to develop Malibu’s properties for film, but that didn’t stop us from identifying “Prime” Ultraverse candidates for the big screen! 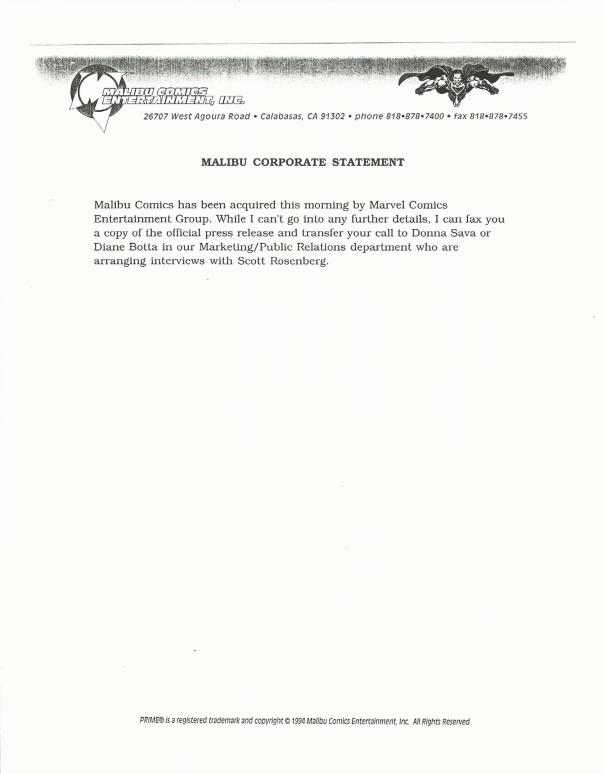 It is interesting to speculate what might have become of Malibu had their sale to DC Comics gone through. DC’s purchase of Wildstorm in 1999 shows the company was able to support an autonomous west coast publishing studio, and many of Wildstorm’s people and properties remain a vital part of DC Comics to this day.

Malibu, on the other hand, has vanished into the halls of Disney, vaulted away like something from the last shot of Raiders of the Lost Ark. Is there hope for the Ultraverse in an era when unknown properties like the Guardians of the Galaxy are a box office smash? 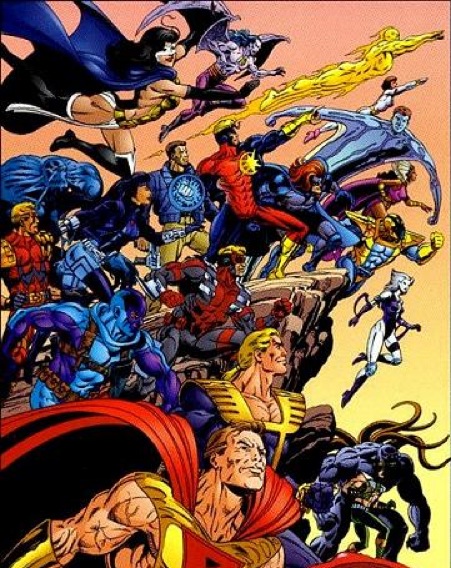 ← Happy Halloween From Longbox Graveyard!
The Song of Red Sonja →