He Is … The Fifth Most Pinteresting Man In The World

In a three-year comics blogging career brimming with weird achievements, this might be the weirdest one of them all.

According to Digiday, I’m the fifth most influential man on Pinterest. 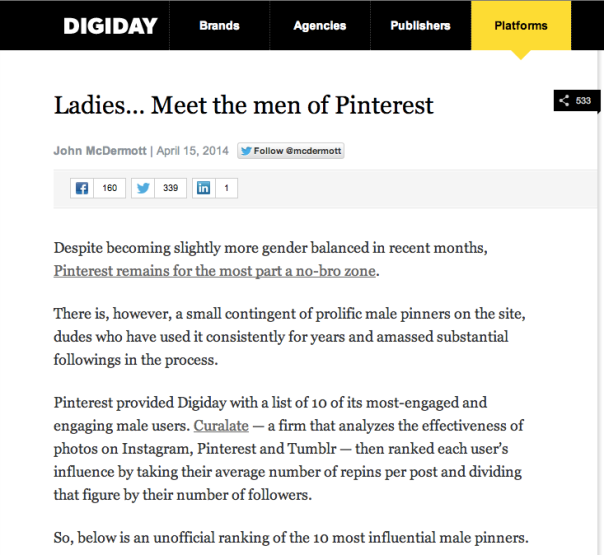 This is so damn bizarre. By the measure of this gimcrack Curalate metric, I place fifth in terms of Pinterest “influence” (and as soon as someone learns how to cash that check, let me know!).

I do have fun with Pinterest. I have a bunch of Galleries over there, and I spotlight a new Gallery once a week or so here at Longbox Graveyard. Pinterest did a little feature on me, and then Digiday included me in an article highlighting how my contributions to Pinterest were especially notable, because I have a Y chromosome.

And now, in this Digiday follow-up, I place fifth on a list titled, “Ladies … Meet The Men of Pinterest.” 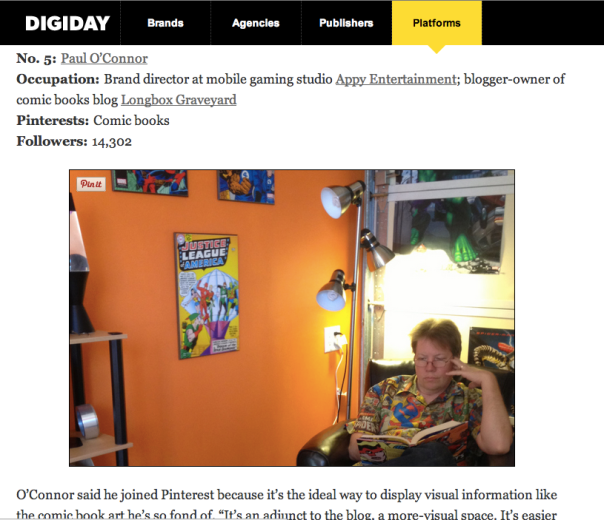 Nothing says, “Hello Ladies!” like a photo of me reading comic books in my Spider-Man shirt. What a catch!

So damn weird. So weird.

I’m happy with this. I guess.

And now you can say you know … the Fifth Most Pinteresting Man In The World.