← Longbox Graveyard Is Pinteresting!
Blown Away! →

Like every Marvel fan, I was excited by the debut of Marvel’s Agents of S.H.I.E.L.D. (and I even blogged about it, here), and like a lot of fans, I dropped the show when it wasn’t delivering to my expectations.

Tonight, Agents of S.H.I.E.L.D. is making a fresh bid for my affections by introducing Deathlok to the cast! 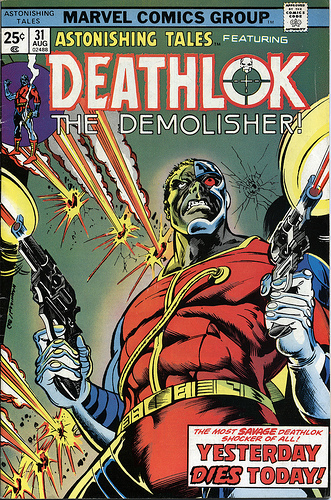 Not that Deathlok, sadly.

The original Deathlok debuted in Astonishing Tales #25, in a wildly exuberant tale from Rich Buckler and Doug Moench, in which dead soldier Luther Manning found himself resurrected as a badass cyborg killing machine — and wasn’t happy about it, arguing with the computer in his head, and futilely questing to recover his lost humanity. 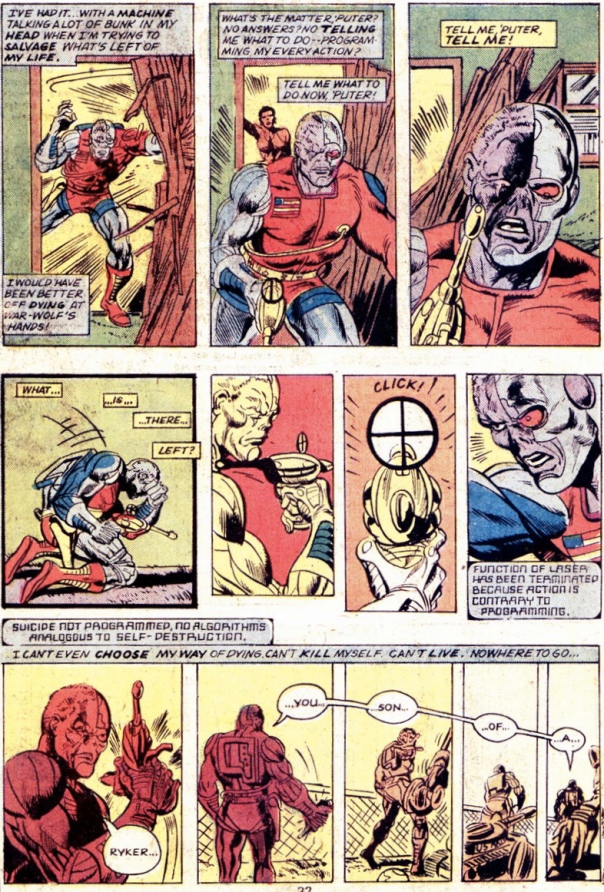 The series itself was a mess, but the character concept was tremendous, and the violent, breakneck-paced story of Deathlok’s murderous odyssey through a cannibal-haunted New York of the near future was distinct from anything else Marvel published in the mid-1970s. It all quickly came off the rails, but the series is well worth remembering (and I previously blogged about it, here).

The Deathlok debuting in tonight’s episode appears a distant echo of that gritty anti-hero from the 1970s. Actor J. August Richards plays “Mike Peterson,” a character the series set up in the show’s debut, and has developed over several episodes since.

I left the show before seeing many of this character’s appearances, but ABC’s handy catch-up page tells me that Peterson’s character ending up joining S.H.I.E.L.D. and getting himself blown up — which is a prerequisite for being resurrected as an undead cyborg murder machine!

And so, after forty years, Deathlok makes the leap from comics to television. He won’t be my Deathlok, of course, but that’s no big deal. This character, in particular, has had several changes of identity through the years (and click here for a gallery of Deathlok’s many looks). Good on Marvel for weaving more superhero properties into Agents of S.H.I.E.L.D.!

Will Deathlok be enough to get me back onto the series? Probably not. I found the core characters insufferable and checked out in the middle of episode two, and to tell the truth, nothing short of flying the entire cast (sans Clark Gregg) into the side of a mountain would get me to watch this series again … but life is long, and Netflix is forever, and it would be a happy turn of events if this show turned out to be decent in the long run.

Let me know if I missed the next big thing by skipping this evening’s Agents of S.H.I.E.L.D.!

← Longbox Graveyard Is Pinteresting!
Blown Away! →