Happy holidays to all my readers!

With the holiday season now safely in our rear-view mirrors, we can more firmly appraise the year ahead and also reflect on the gifts and good times that I hope we all experienced these several weeks past.

Here at Longbox Graveyard, I took care to reward myself with Star Trek books and Haunted Tank collections, in addition to seeing to the holiday bliss of friends and family. It was a pleasant holiday, but largely bereft of surprises, which befits the season of a fifty-something father of two. At this age, you do the surprising on Christmas morning, not the other way around.

So it made me feel a bit less than a half-century in age when a Martian probe touched down at Longbox Graveyard on New Years Eve! A genuine surprise! 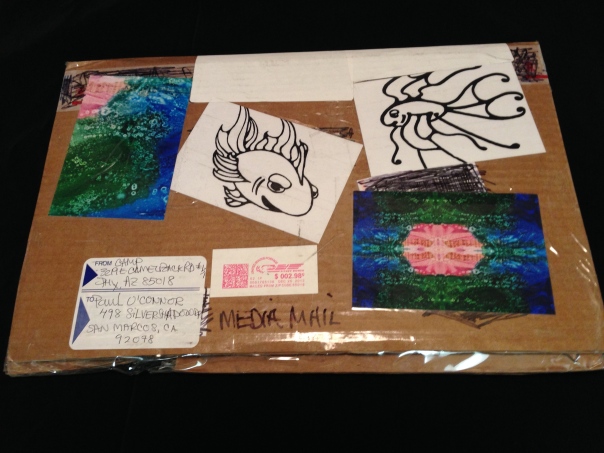 Another gift from Mars Will Send No More! I’ve written before of the mysterious largesse of the enigmatic Mars — it is always a delight when a Martian care package alights at my secret headquarters! 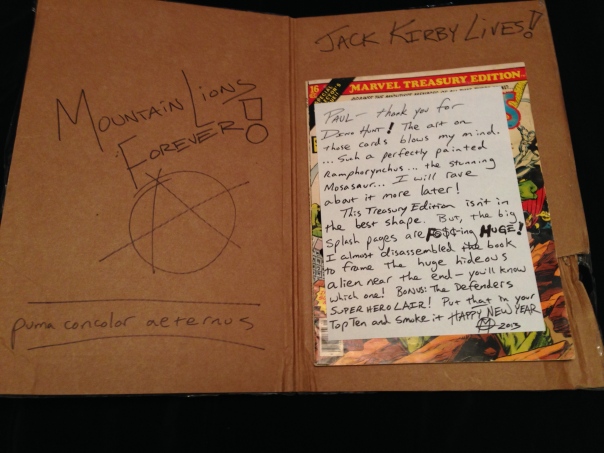 … a package of delights! And credos! Delightful credos! Let’s hear it for Jack Kirby, and Mountain Lions, too!

Mars had included a letter: 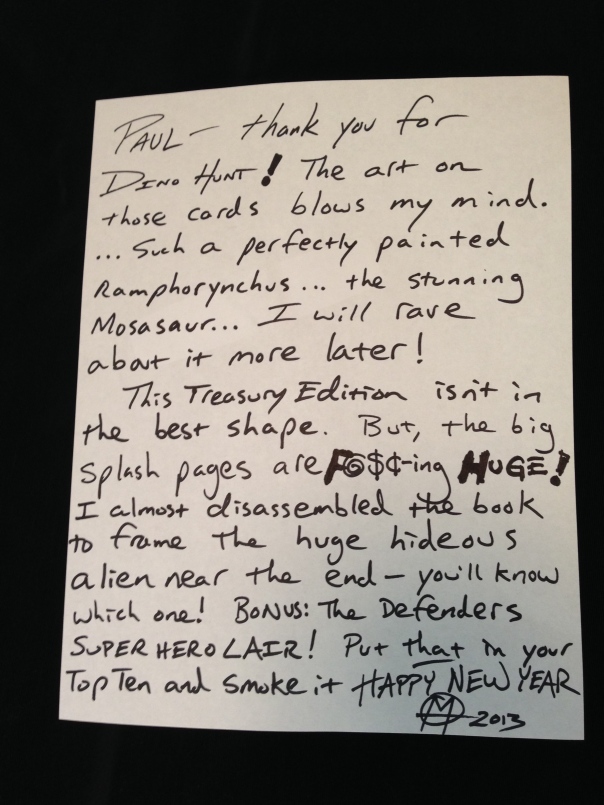 Ah-ha! Mars received the refugee box of dinosaur cards I sent him several days ago! Excellent.

And the gift itself is a very groovy and oversized Defenders Marvel Treasury Edition!

Very thoughtful of Mars, knowing, as he does, that I am a Defenders fan, having written about both the Steve Gerber and David Anthony Kraft eras of that non-team here at Longbox Graveyard!

Flipping through the pages quickly revealed Mars’ own personal highlights, such as that diagram of Defenders HQ, which I left off my list of Top Ten Superhero Hangouts …

… and also the aforementioned alien, which had a face only a mother (or Mars) could love! 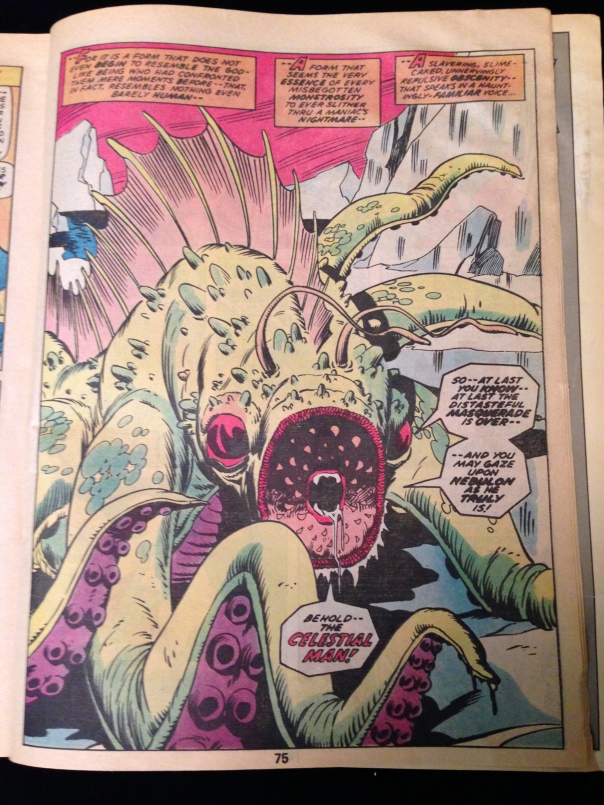 A perfect start to the new year!

(For more shots of this Treasury Edition, be sure to check out Mars’ page).

Thanks for the gift, Mars … I hope you (and all my Longbox Graveyard friends) have a fun and four-color 2014!

Posted on January 8, 2014, in IT COMES IN THE MAIL and tagged Defenders, Mars Will Send No More. Bookmark the permalink. 9 Comments.