← Kraven The Hunter … Of Words?
Tomb of Dracula Gallery →

Editor’s Note: To liven up your Monday I have a special guest blog about a superhero series of interest to Longbox Graveyard readers! Please join me in welcoming guest blogger Pat Bishow!

Paul has been nice enough to let me guest host his wonderful blog for a day.

His insight to comics and superheroes is actually quite intimating. I hope he can be a little forgiving to a mere novice (but still a total fan).

The reason he asked me to write to tell about my new web series I created. It’s called We Might Be Superheroes. 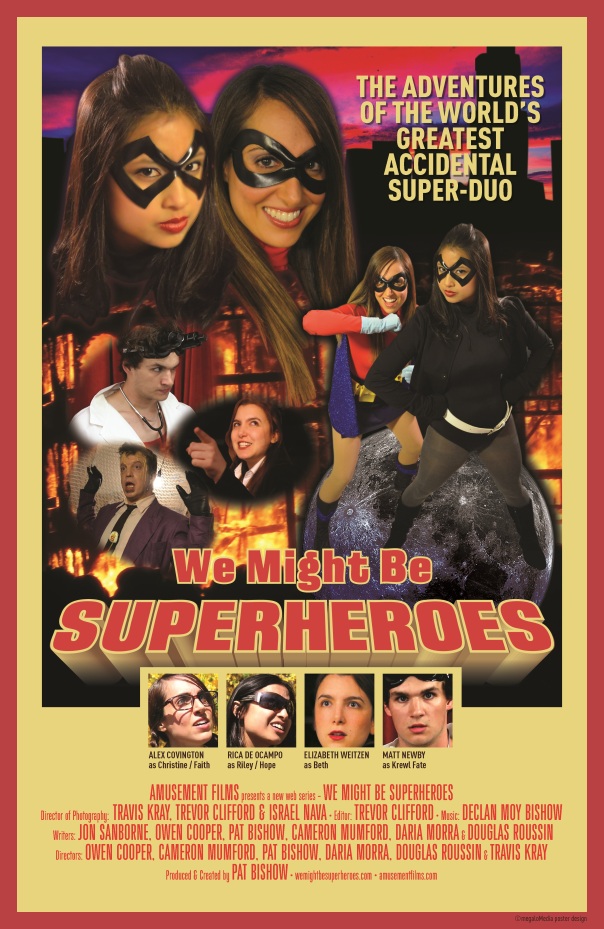 It’s a comedy tale about two unlikely girls that pretend to dress up, get kidnapped and together end up becoming real superheroes in the process. I sort of pitch it as 2 Broke Girls meets Adam West’s Batman.

At this point I wanted to give you a little background on myself and love of comics. I’m a child of the late 60s early 70s (yes, I know that was a long time ago). So I obviously have a great love for the old 60s Batman TV show. Before you boo and hiss, please let me explain. 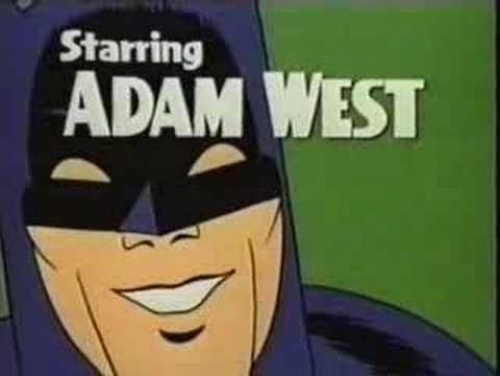 Young folks today don’t know how bad comics were when I was a kid. Batman fought dinosaurs and pirates. The 60s TV show brought back the super-villain. The Joker, Penguin, Catwoman wouldn’t be what they are today if it wasn’t for that show. Batgirl as we know her, the cool Batmobile — ALL because of the show. I know a lot of my younger friends feel that show made fun of Batman, but I strongly disagree. Yes, I would admit that it had fun with Batman, but that’s a big difference from making fun.

Neil Adams & Denny O’Neil shaped my love and understanding of comics. I wasn’t much into Marvel (with the exception of Spider-Man and Daredevil). I was first on line at my theater when the original Superman came out. But by the 80s I was pretty much out of comics. So I missed all that great Frank Miller and Alan Moore stuff. 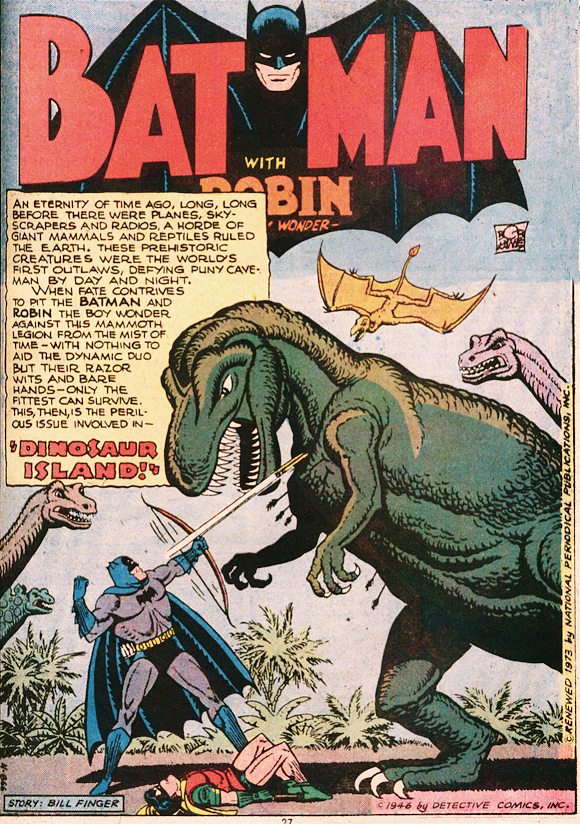 In the early 90s I directed what I dubbed as “the first indie TV show” — The Adventures of El Frenetico & Go-Girl. It was sort of a mix between a love of Mexican Mask Wrestler movies, 70s martial arts films (& don’t forget Kato) and a love of James Bond villains. After a few more films in the 90s and early 2000s, I retired from the indie world and concentrated on my day job.

Something happened in the late 2000s — my stuff on YouTube (which I put up as a lark) began getting a lot of hits. I missed production. I thought if I could do quick/fun episodes (like a TV show) I could make a web series. Knowing I was going to need help I decide to use friends to help direct and write the series.

What I wanted to create was a sort of “real life girls in the city” series when they are the alter egos but a “pop art 60s Batman” when they were superheroes. I thought the dynamic would be fun and entertaining.

We cast two wonderful actresses as the leads. Alex Covington & Rica de Ocampo are singing theater actresses. Alex has a strong background in comedy improv and Rica has impressive martial arts skills. Together they make an awesome team! The way they’ve been able to play off each other has been amazing and fun to watch. 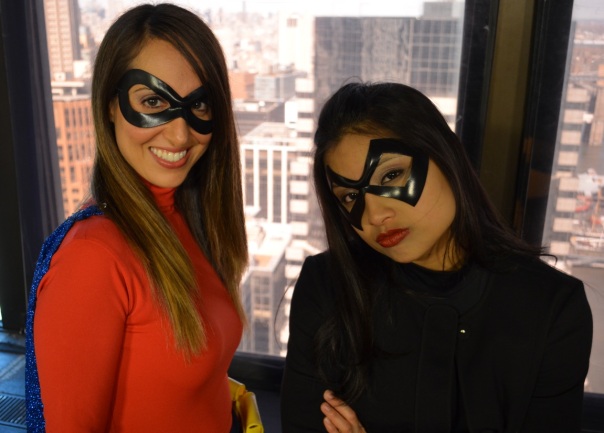 I’ve had a lot of great people helping me out with this production. Daria Morra wrote, directed, choreographed, acted in many of the episodes. Cameron Mumford, a partner of mine that has worked with me since the 90s, also wrote and directed (and you can see him has a henchman if you look real quick) along with some of my old El Frenetico clan (Jon Sanborne, Charlie Pellegrino, Mary Beth Coudal & Soomi Kim). Owen Cooper my long time producing buddy and I switched roles —- I produced and he directed. We were also lucky to get an incredible ensemble of talented actors to round out the cast: Elizabeth Weitzen as the nosy neighbor, and great larger-than-life villains: Matt Newby, Courtney Pruden & Corrie Blissit.

It’s a real labor of love — these things aren’t low-budget, these are NO BUDGET! We just get out there and making them. We hope this post might interest you in checking us out.

I really want to thank Paul for helping me to get the word out. We don’t have the advertising budget of these other indie productions and our hope is people will help spread the word! 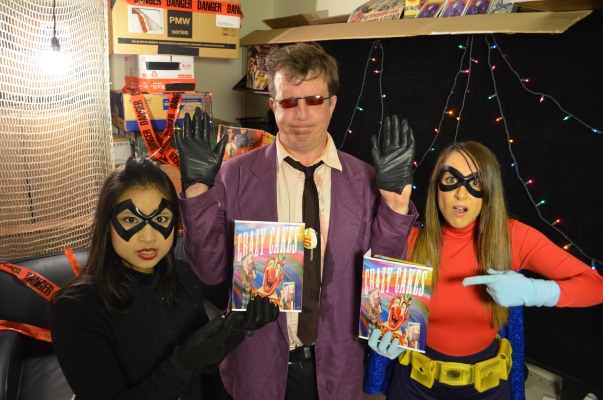 Thank you, Pat, for your guest column! I’ve viewed the first several episodes of We Might Be Superheroes and become a fan — I recommend all readers of Longbox Graveyard check out the series, which is potent with the power of the Silver Age! Excelsior! — Editor

The best in low grade entertainment!
View all posts by amusementfilms »

Posted on November 18, 2013, in Other Media and tagged Alex Covington, Amusement Films, Pat Bishow, Rica de Ocampo, We Might Be Superheroes. Bookmark the permalink. 2 Comments.

← Kraven The Hunter … Of Words?
Tomb of Dracula Gallery →