My reading isn’t confined to funnybooks. I also read regular books … about funnybooks! In the past I’ve confined my Longbox Graveyard reviews to comic books, but setting up the bookshelf in my Secret Headquarters reminded me that I have several comics-related tomes that I’d never read.

These are all “coffee table books,” and I haven’t afforded them the depth of review I offered books like Supergods or Marvel Comics: The Untold Story, but they will still be of interest to genre fans. So, without further ado (and inspired by the book reviews at Professor Allen’s Eyes & Ears blog — thanks Prof!), here are capsule reviews of three books of interest to comics fans that I found on the … Longbox Bookshelf!

Hurriedly written, and by the author’s own admission less a detailed account of Conan than a “detailed outline,” Conan the Phenomenon is nonetheless a handsome volume recounting Conan’s appearance in film, print, comics, and other media through the book’s date of publication in 2007. Author Paul M. Sammon is a Robert E. Howard geek who enjoyed the Conan series as a youth and was involved as a journalist in the making of the Arnold Schwarzenegger movies. The chapters on the film, Marvel Comics, and (especially) literary Conan eras are strong, and particular attention is paid to the tortured path the Conan franchise has taken as it passed through many hands (and many lawsuits). Sammon considers the L. Sprague deCamp pastiches (and dismisses them) as well as the early Marvel Comics (and approves of them), and also offers a survey of more modern and obscure appearances by the Barbarian in television, animation, video games, and role playing games. The Dark Horse comics reboot also receives attention. While not a deep dive into scholarly criticism of Robert E. Howard or Conan, Sammon’s book offers more than enough details and information for casual fans (and even devoted Hyborians such as myself). As only the failed 2011 Conan movie is omitted (as it was not yet announced at time of the book’s publication), this volume may be considered comprehensive. 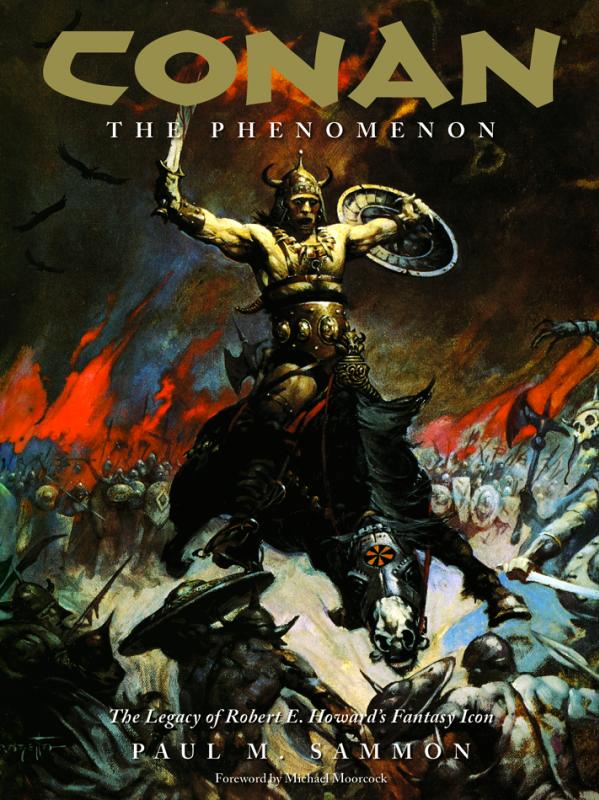 I most enjoyed the first chapters looking at Robert E. Howard’s life, as a young man out-of-step with his remote and conservative Texas town, and smiled when I saw photos of Howard and his friends posing for the camera like their blood and thunder pulp heroes. Sammon makes a case that the prevailing theory of Howard’s suicide — that he could not bear to live without his mother — might be too pat, instead suggesting that Howard may have long contemplated his own death, and felt he could permit himself to die once his mother no longer needed him to care for her. Perhaps most useful are the Robert E. Howard bibliographical pieces scattered through the book, cataloguing the various print editions of Howard’s work (including comics). Nicely illustrated, with a cover from Frank Frazetta, Conan The Phenomenon will make a fine coffee table book for any self-respecting barbarian, and the insightful foreword by British fantasist Michael Moorcock — advancing the case that Conan is a quintessential American hero — adds a touch of class.

(Buy it at Amazon)

I don’t know a lot about Wonder Woman. I snubbed her in my Top Ten List of DC Heroes, and I confess the closest attachment I’ve formed to the character came through her television series theme song. Les Daniels’ picture-book history of Wonder Woman filled gaps in my knowledge, and reinforced my decision to not read Wonder Woman’s comics, as sorting through her tortured print history is definitely above my pay grade. Daniels devotes most of his text to Wonder Woman’s comic book incarnations, covering the memorable Lynda Carter television series out of respect for its ubiquity, but also to demonstrate how that show helped crystalize the interpretation of a comic book character that was still unsettled four decades after first publication. That the television show had such an outsized impact (it aired for only three seasons, and switched networks after being cancelled after its debut season on ABC) also speaks to Wonder Woman’s iconic status, and the fact that her most ardent fans and defenders sometimes didn’t read comics at all (including Gloria Steinem, who appropriated the character as the mascot for her Ms. magazine in 1972).

Daniels does his best to disentangle Wonder Woman’s comic book heritage, spending substantial print on the character’s Golden and Silver Age incarnations (as well as then-more recent interpretations by George Perez and John Byrne), but the book’s most memorable character is Wonder Woman’s creator, Dr. William Moulton Marston. A strange combination of science and snake oil, Dr. Marston was a Harvard-trained psychologist with a law degree and a Ph.D; he also had an obsession with bondage fantasies (on display in seemingly every issue of Golden Age Wonder Woman), and through Wonder Woman’s comic book adventures hoped to demonstrate a utopian vision of a world rendered peaceful through the benevolent sexual domination of men by an enlightened female ruling class. A fascinating cat, our Dr. Marston, made only moreso by his invention of lie detection technology and national celebrity in places like the pages of Look magazine, which ran a photo spread showing Dr. Marston strapping lovely young women into lie detecting machines and then measuring their response to being kissed. There needs to be a screenplay about this guy right now … and you need to have this book in your library (if you can find it) for this and other tidbits, as well as lavish illustration including moments from key issues of Wonder Woman’s past; funky toys, dolls, and other merchandise (Wonder Woman macaroni and cheese!); and a couple publicity photos of the stunning Lynda Carter, who remains the definitive popular conception of the character, almost four decades after she first donned Wonder Woman’s red, white, and blues.

The most cursory work of the three books reviewed in this column, Daniel Wallace’s text for The Joker is little more than liner notes for the book’s copious illustration, but the author makes the most of his column inches with a near-total laser focus on the comic book incarnations of Batman’s arch-nemesis. Video games and toys earn passing mention, and the film appearances of the Joker just a page or two, in a book otherwise devoted to the four-color appearances of the Joker (excepting only a chapter or so for the Joker’s animated appearances; after all, the book’s introduction is by Mark Hamill, the voice of the animated Joker).

Wallace offers a survey of the Joker’s various eras, from his homicidal, mad clown introduction in the pages of Batman #1, through his campy Silver Age era, to his reinvention with the rest of the Batman mythos in the late 1970s and 80s, and his more nuanced persona of recent years. Spotlight sections call out the work of key Batman creators like Bill Finger, Frank Miller, Paul Dini, Bruce Timm, and others, and there is some examination of the origins and psychological roots of the character, but for the most part, you will thumb this book for the art, which is drawn from all eras, with clear and frequently oversized reproductions. 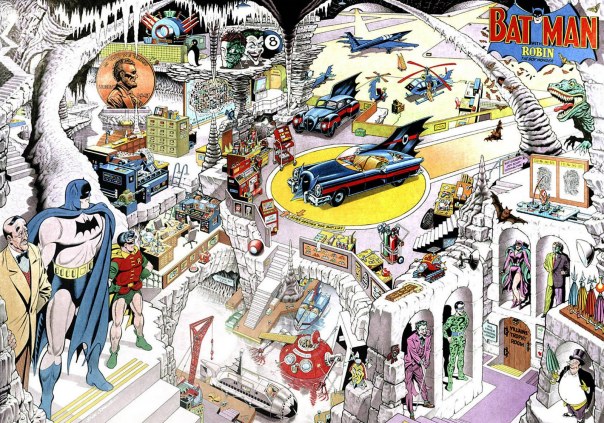 I particularly enjoyed the big Dick Sprang page showing the Joker digging sand castles on the beach while an incredulous Batman and Robin look on, while glimpses of the Neal Adams/Denny O’Neal version of the character reminded me I need to revisit their run sometime soon. The chapter on Harley Quinn, tracing her evolution from animated character to comic book mainstay, was also especially welcome. You’ll read it in a single sitting but will likely return to the art time and again — this title seems a good candidate for the remaindered aisle at your local Barnes & Noble, and would be well worth your deep discount purchase!