These titles and the word “collection” are rarely found in the same sentence.

I’m hip-deep in these kinds of books. 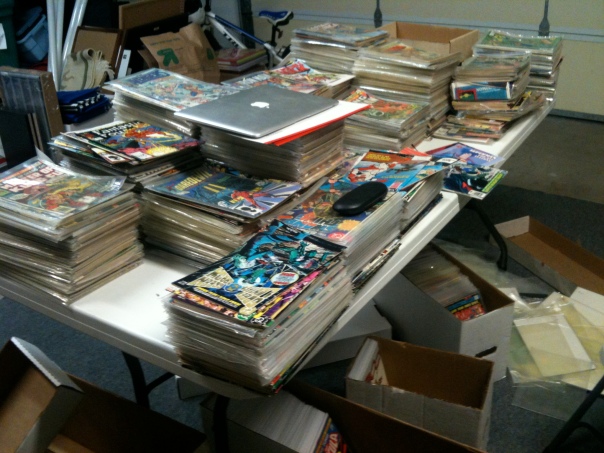 A collection — as far as I’m concerned — must be organized, and it must contain things you actually want. If you don’t know what you have, and you can’t find a specific book quickly, then what you have is not a collection. It is an accumulation.

You can guess what I have.

I never threw away a comic book, never sold one. Even the first books I bought in 1974 I took some care to preserve … when I wasn’t cutting them up for Marvel Value Stamps (and a moment of silence, please, as I confess to cutting the stamp from my copy of Incredible Hulk #181). In the 1980s I adopted bags and comic boxes to store my books. I haven’t treated my comics perfectly but neither have I abused them.

What I never really managed to do was index my comic books. I had only a vague idea of what I owned, and trying to find any particular book depended on selecting a random box and getting lucky. 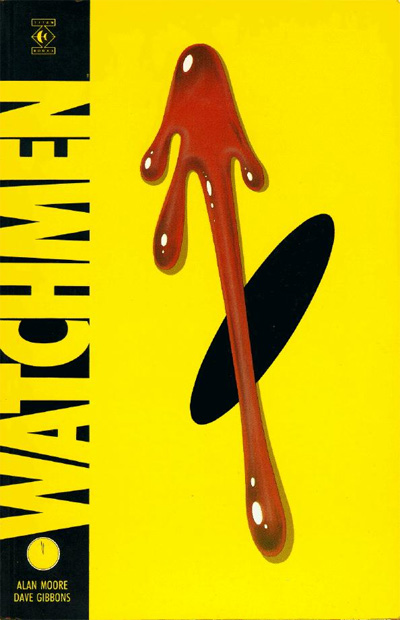 This has led to buying things twice because I can’t find them. Despite owning a full run of the first printing of Watchmen, when I wanted to re-read the series after watching that crappy movie, I bought the collected graphic novel rather than trying to track down my copies of the original books. Likewise when I wanted to re-read my Alan Moore Swamp Things. Knew I had them, didn’t know where — so I bought the trade paperback.

Trades themselves are not such a bad choice in the scheme of things. When digital comics finally come of age I think we’ll look at trades the same way as we do at 8-Track tapes, but there’s nothing wrong with them right now. Trade paperbacks aren’t terribly expensive, and their format might be superior to the original books. This is particularly true for older titles, where condition, print quality, and expense of the originals make tracking down the real deal problematic. For example, I decided to collect the better-looking Dark Horse Chronicles of Conan recolored reprints rather than trying to fill gaps in the run I own.

But for recent books, that were printed on decent paper, and that I damn well know I own … buying trades rather than finding the originals was waving a white flag. And it bothered me.

It also bothered me because I feel possessed by my possessions.

For nearly forty years, I’ve hauled this Longbox Graveyard with me between ten different houses in two countries. The last carry nearly killed me. And it’s not just comics — I’ve also accumulated a huge pile of games, miniature figures, books, and other incomprehensible bullshit. 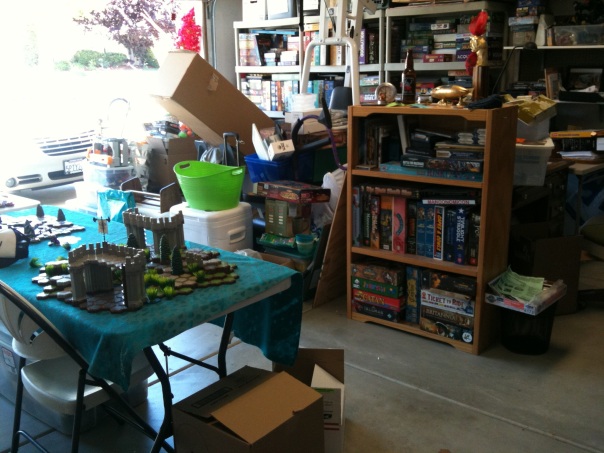 The problem is this accumulation gives me little joy. Often it’s the opposite — having all these things is oppressive. It reminds me how rooted I am. I want to be a free spirit, walkin’ the earth and sticking it to The Man like Rick Jones!

Instead I look at all the stuff I have but don’t use and feel weighed down by it. I regret money spent on anchors.

I’ve purged books, and games, but never my comics. Partly because I haven’t had ready people or places to take them off my hands, but mostly because my comics are different. A lot of my childhood is wrapped up in those books. I bought each and every one of them with some degree of deliberation. Yes, even Devil Dinosaur (I love King Kirby!)

I’d regret dumping them. But I also regret dragging them around like the hump I must bear. 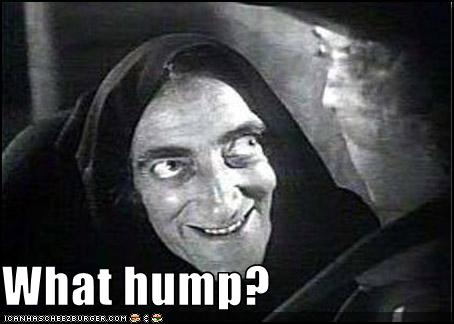 It’s not as simple as just getting rid of things. My desire to be rid of things is just another desire. I could easily rid myself of everything and find I still feel that I have too much. Recklessly purging my comics before I’ve come to terms with what they mean might be worse than just letting them weigh me down.

The Accumulation represents unfinished business, both personal and professional. “Personal” because I’ve never sorted and counted and categorized and graded my comics, which is something I’ve long wanted to do. “Professional” because my feelings about comics are still wrapped up in unresolved issues about my unsuccessful comics career (with which I will begin coming to grips in next week’s blog).

It’s like all those comics boxes are little tombstones. Not for nothing is this blog called the Longbox Graveyard!

And so I have committed at last to turning the Accumulation into a Collection. A large part of this blog will be about how I sort and rediscover my comics — the books I save, the books I give away, and the books I (hopefully) sell. More to come!

In other news, I was all set to plug my Amazon Longbox Graveyard Store, but since I live in the rogue state of California, I am under some kind of Amazon fatwa at the moment. Regardless of my inability to make pennies on the dollar for the mighty Amazon, I invite you to mouse on over there, where you can purchase copies of some of the things I talk about here on the blog, like those groovy Conan trades I mentioned above.

NEXT WEEK: #4 Null And Void